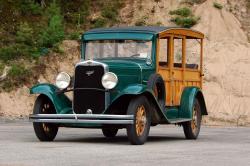 Back around the late 1800s to 1930s, the Adirondack Mountains, in upstate New York, were noted for their Great Camps. These, as the name implied were large rustic retreats for the well-heeled sportsmen of the day, many of whom had their primary residence in New York City. These camps were passed down through generations, and some still survive today. Others were sold and parceled out.

One of these camps was constructed in Paul Smiths, NY, by the Faulkner family, in about 1885. In 1928, the camp was sold to Samuel V. Hoffman. In 1930, Hoffman bought a new Dodge 6 Suburban from the Dodge dealership in Maloneabout 30 miles north of Paul Smiths, and probably the only such dealership in the area. The Dodge 6 line began production in 29, a year after Dodge became part of Chrysler Corp. 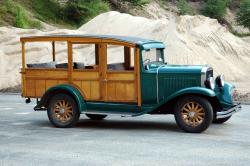 In 1954, John Quenells dad bought a camp that adjoined the Hoffman estate. Five years later, he purchased a strip of land from the Hoffmans that bordered his own. That parcel contained an old wooden garage inside which was parked a 1930 Dodge suburban. The car and the garage was thrown in as part of the land deal. 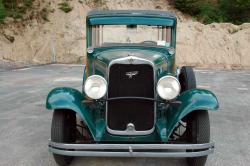 The Dodge, which had seen daily use as a camp utility vehicle, was all original and all there, with the original springs poking through the seats. The elder Quenell wasnt what youd call a car nut, and would not have gone out of his way to buy this car, had it not been a freebie with the property. A wood refinisher by trade, Johns dad took on restoring the cars wooden exterior as a challenge. He towed the car back to his primary residence in Rochester NY and completely disassembled it. John was in college when all this was happening, so he didnt have to participate in the restoration.

John s dad remade all the wood panels but reinstalled all the original moldings. The original panels were a tan basswood (a common cabinet-grade large area wood of the era) but they were refinished in a maple. The trim was natural oak. In 1960, the Dodge was treated to a repaint in its original brown hood and body metal, and black fenders. The original seats also were reupholstered. The engine held up pretty well over the years, but it needed some valve grindinga job that was handled locally. 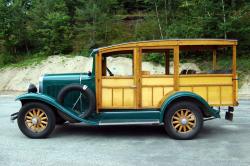 When John inherited the car, he drove it from East Rochester, NY, to its current location in Paul Smiths. The paint needed freshening, and he had the metal stripped. John looked at color charts, and, on a whim, he went with green instead of the original brown. Johns not a restorer-type person. The Dodge is a driver and nothing more. Currently, the green paint has chipped and another repaint is on the to-do list. John says he will return the exterior to its original color scheme. 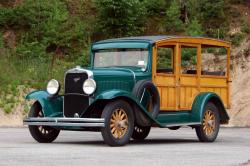 When John married in 1962, he and his wife had kids right away. He says that they piled the infants into the Dodge and drove all over the place. He especially liked to go offroading, bouncing over fields and such and riding cross country on unpaved roads and paths through the woods. While its not 4-wheel-drive, the Dodges high ground clearance and low gearing keep it going. John says the gas gauge doesnt work, and once in a while he runs outwhich sort of throws a damper on things.

These days, the 1930 Dodge, still wearing the 1930 Suburban license plates it was originally registered with, is seen regularly tooling around Paul Smiths in the summer months. While the Dodge lacks a heater, John says its not necessaryall the heat youll ever want just comes right through the firewall. 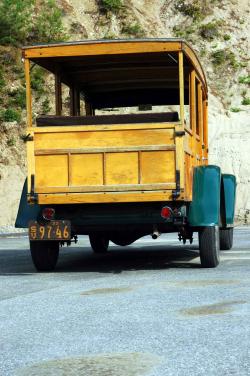 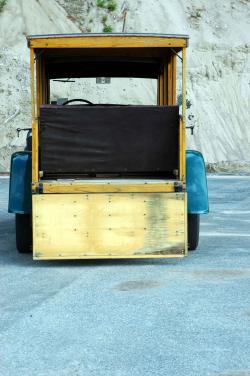 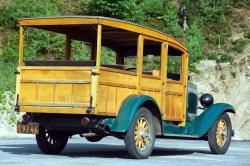 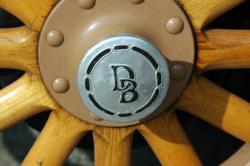 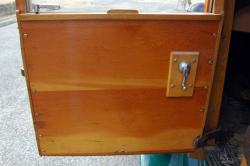 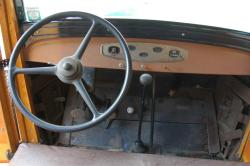 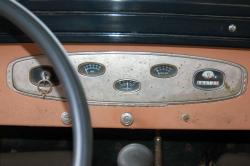 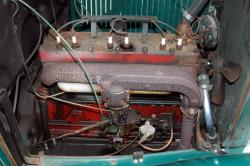 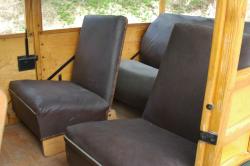 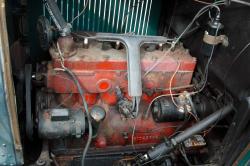