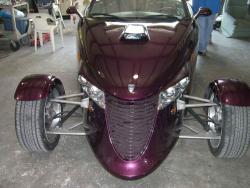 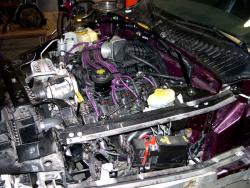 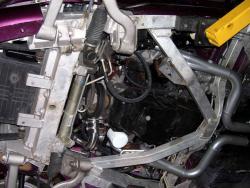 How do you put a 5.7L Hemi into a Prowler? Well, first you remove the stock V6, and then you get a BF hammer… Mike, over at Talbott Enterprises Custom Fabricators, in Waller, TX, says it wasnt easy–even with the wiring harness from Street & Performance.

The first problem that Mike noticed was that the motor was not sitting correctly in the Prowler chassis. Then there was the issue of an exploded driveshaft. Mike remounted the Hemi using new side mounts and a one-piece steel rear motor mount, that also attached to a new heavy duty starter. The headers needed to be remade out of stainless and coated. Instead of being not just wrapped. Mike reworked the floorboard where it had been damaged in order to make room for the flywheel. 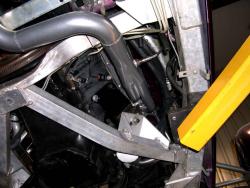 Right side header and chassis detail 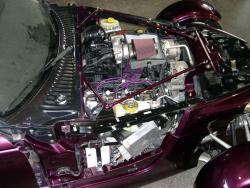 We wish our main squeeze was this tight

The wiring was a nightmare, what with the previous re-wiring job done only with white and blue wires. Thats when Mike called Mark at Street & Performance to order one of his new Hemi harnesses. Tony, from Squire Inc. was called in to help make additional new wiring harnesses. When the Prowler still didnt run right, because of communication problems between the cars three harnesses, Mike called Rick, at Diagnostics on Wheels to help with some of the more advanced computer quirks we were having with the communication problems between the Hemi computer the Prowler engine, transmission and body computer. Once those problems were solved, the hood was then cut to clear the throttle body and air cleaner. An air pan was built, and an old style Mopar hood scoop was fabricated to get fresh cool air straight to the engine instead of getting hot air off the radiator and headers. At this writing, the Prowler is still under construction, but you can see updates on Mikes website: www.TalbottEnterprise.com. 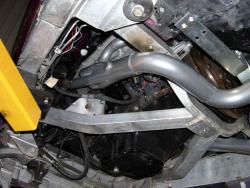 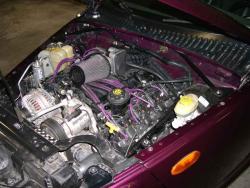 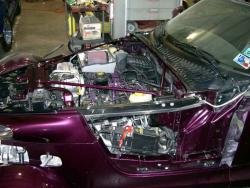