By Al Dente
Photos by TheBruntBros

One-day Mopar events usually are held on a Saturday, giving racers and the show set time to get home Sunday and prepare for the workweek. So there was some trepidation as to what effect holding the Maple Grove Mega Mopar Action Series event on Sunday would have on turnout. As it played out, attendance for racers and show cars was pretty healthy. 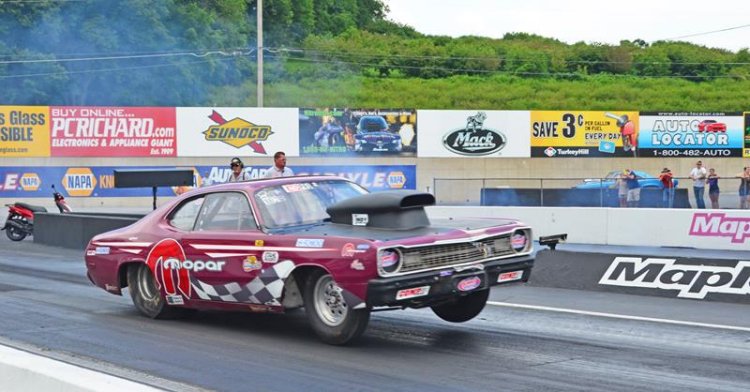 As in previous events, hard work by the Delaware Valley Mopar Association, now in its 22nd year, went far in making the show a success. Qualified members handled the judging professionally, and since there were no riots when the awards were handed out, we have to assume the car owners were satisfied. We have a group photo of the show winners, and youll find all the results on our website including who didnt win, who shoulda won and who shoulda lost plus who couldnt care one way or the other (those judges are really thorough). Click for Maple Grove Results

Late model Mopes showed up in impressive numbers but didnt outdo the classic iron at the show. Variety is the spice of shows and the Grove didnt disappoint with customs, modifieds, restored stockers and even an original 26,000-mile 1981 Dodge Colt Custom sub-compact model a captive import (from Bitsumishi), along with its sibling Plymouth Champ that was designed to compete with the AMC Gremlin, Ford Pinto and Chevy Vega as well as battling with Honda, Toyota and Datsun econoboxes. This Colt had the twin-stick 4-speed which gave it an EPA rating of 43 MPGnothing to sneeze at (unless you have a cold).

The Grove seems to favor racing action a bit over the show stuff, and there was plenty of action on the well-prepped quarter-mile. Check out the Results sidebar for all the show and race er, results. Also presented here in full colour, are additional photos that we had misplaced when we put together the magazine that you have to pay 8 bucks for instead of reading it here for free.

Be sure to check out the 2015 Mega Mopar Action at Maple Grove coming up May 30. You may want to be there. 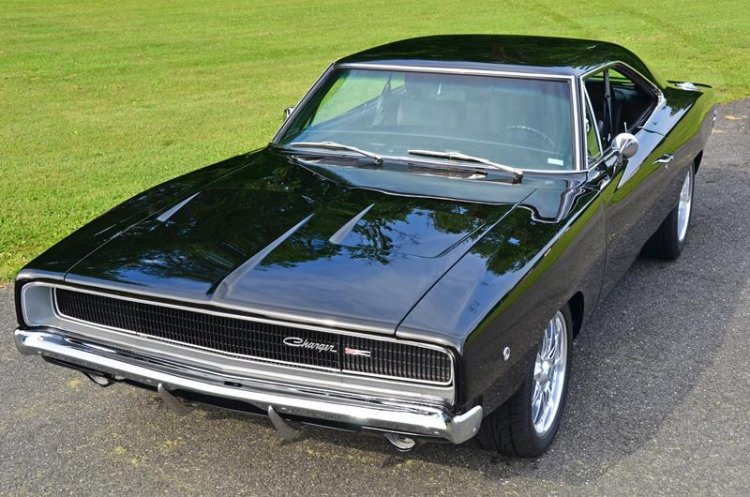 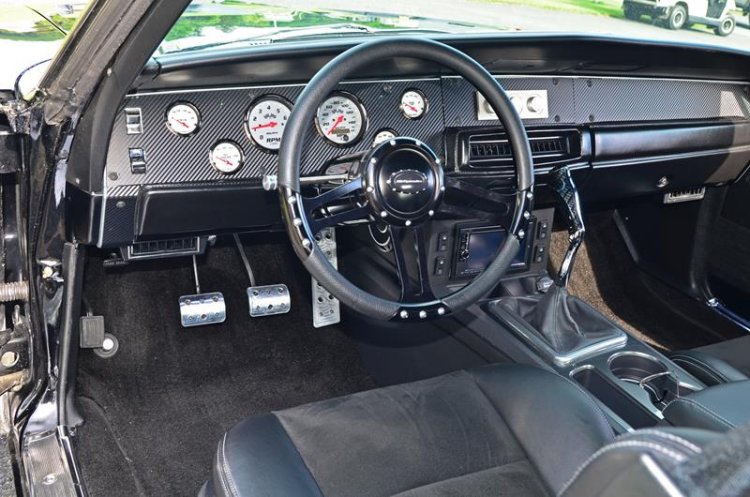 In case you missed it in the mag a while back, this is Jon Sippels amazing 68 6.1Hemi Charger that he built for his uncle Dom. 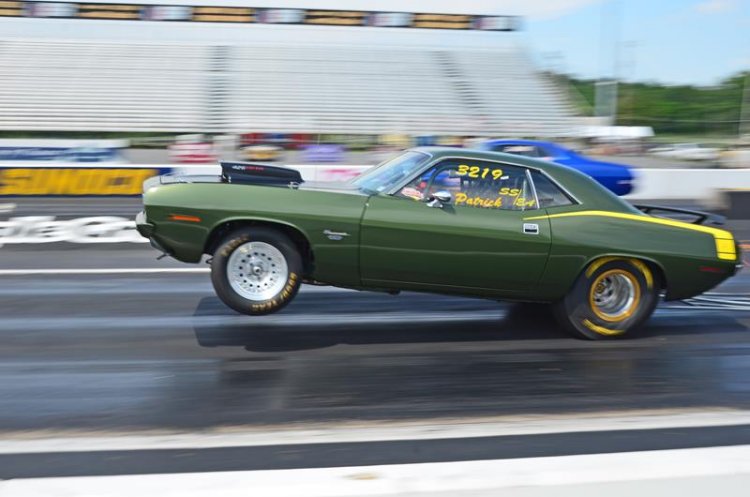 One of the Bruntskis rare in-focus shots. Hard to do with the company-issued 1934 Kodak. 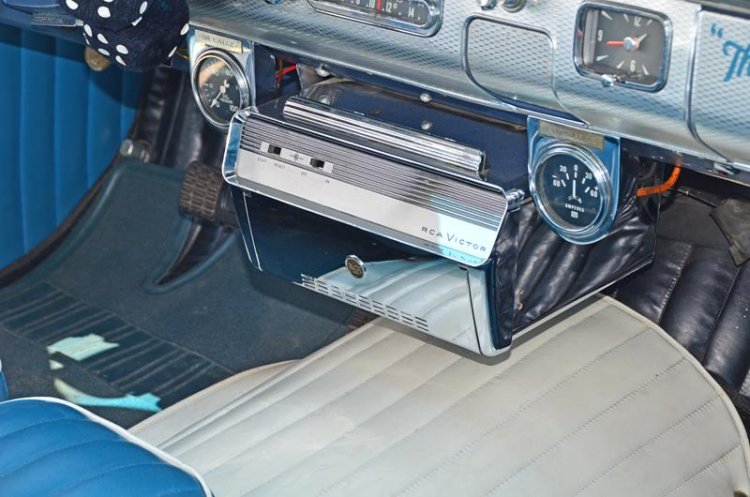 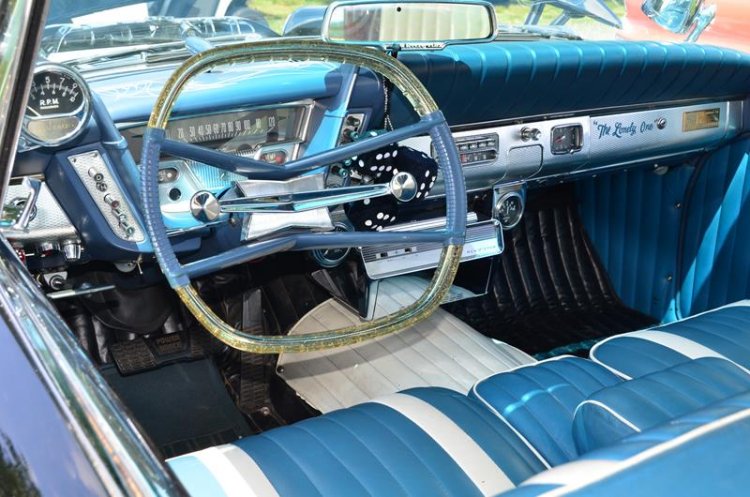 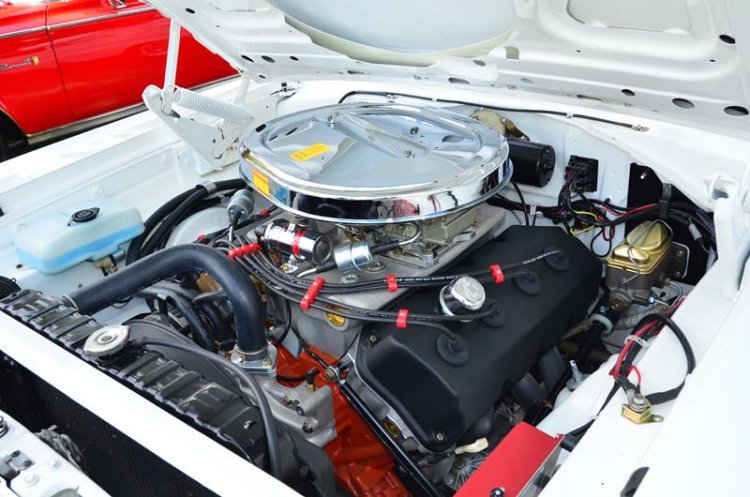 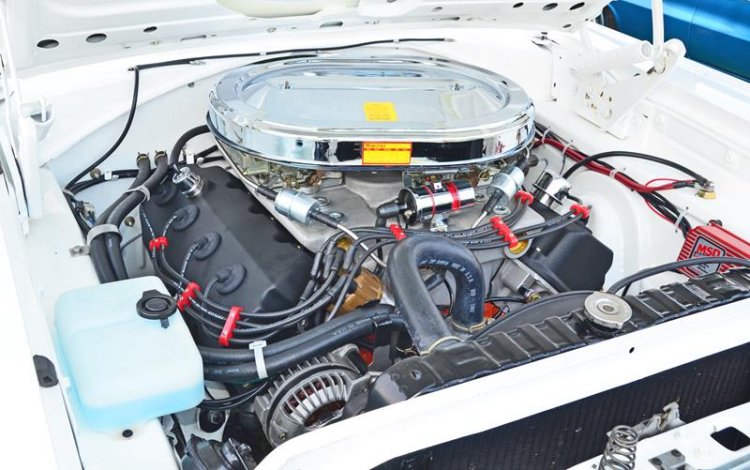 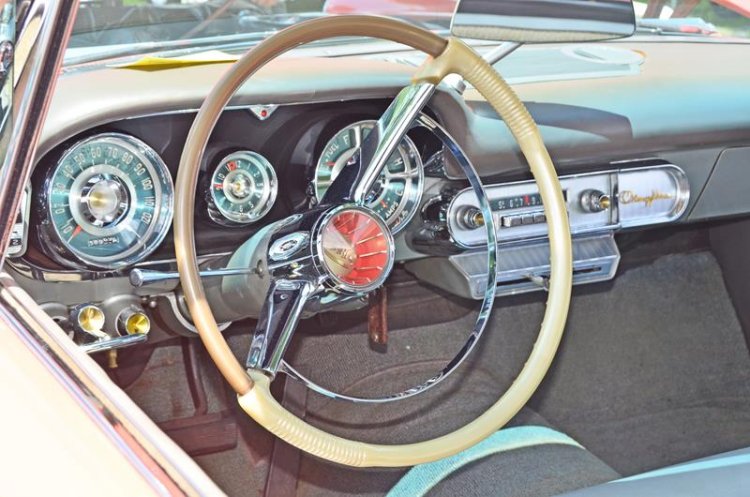 An authentic barn find in Pottsville, PA back in August 13, this 58 Chrysler New Yorker was rescued by Kurt and Sue Colrus. Came with the chickens and goats. Car only had 59K miles. Dont know the mileage on the goats. 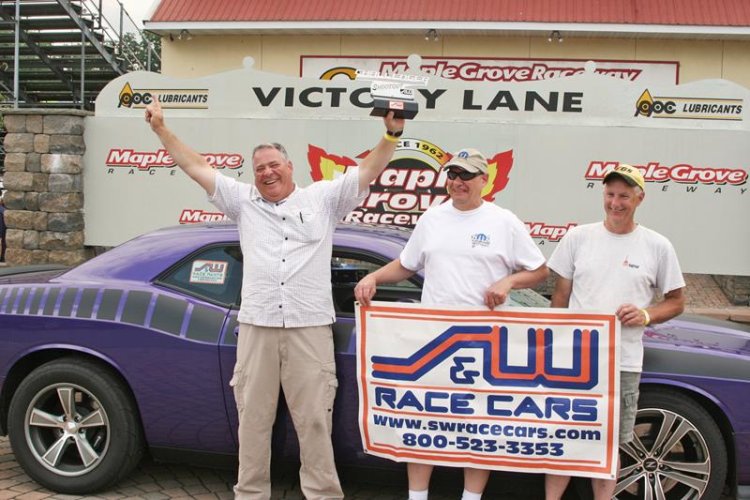 Charlie Augustine beat out the other Challengers to take home the cookies in the S&W Race Cars Challenger Shootout. 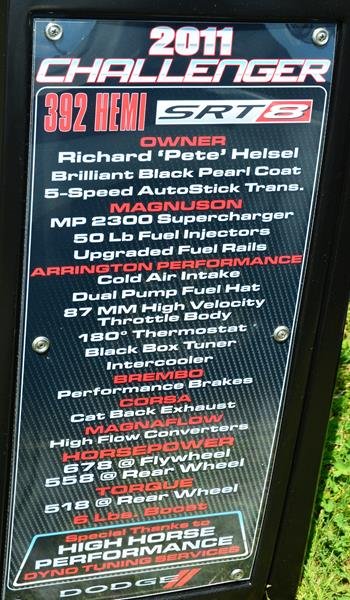 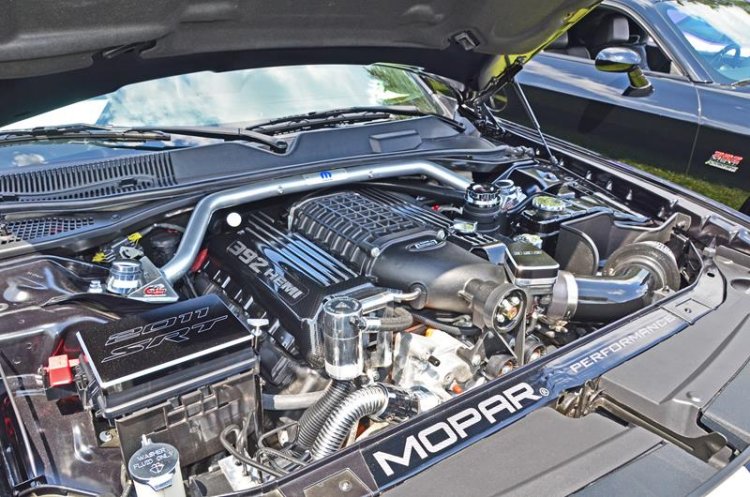 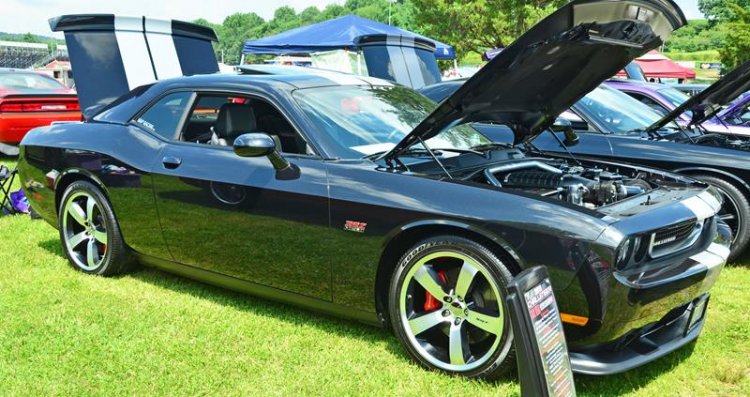 Pete Helsel showed his 11 Challenger. The sign explains it all. 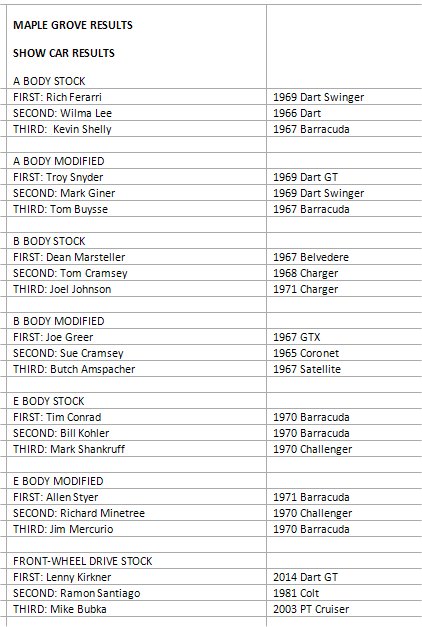 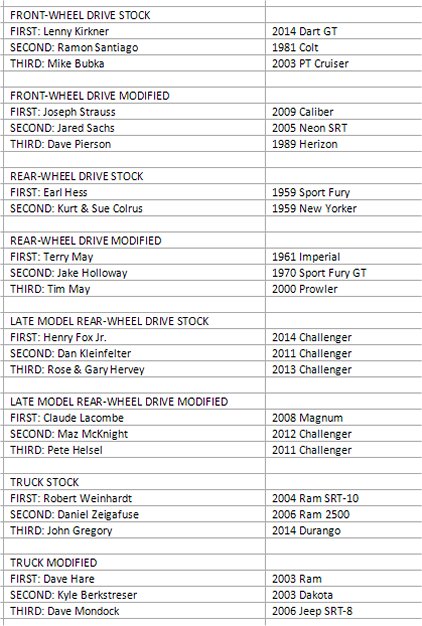