Denver dries out to kick off the summer with a great Mopar event.
Story and photos by Jeff Sipes

A warm and dry Colorado day welcomed Mopar fans to Bandimere Speedway on Sunday, May 31st. Nestled in the foothills of Denver, this event showcased the best of Chrysler family automobiles in the show, as well as on the track.

A cackle car collection was a fun surprise to fans at the event, with a pair of cackle show. Cackle cars included front engine Hemi-powered dragsters and altereds, as well as a recreation of the famous Assassination funny car. “Airborne AJ” Fiorelli brought is wicked wheelie contest winning 1968 Barracuda to wow the crowd. The second impressive wheelie by AJ landed a little too close to the wall, which clipped the wings and caused some repairable damage to high-flyin Cuda. A surprise appearance by Miss Mighty Mopar herself, Judy Lily, made for a fun time with fans. She attended for a brief time as a spectator and had not been billed as a feature attraction.

The swap meet area nearly doubled in size from the year prior, with everything from performance parts to rare trim pieces, and a handful of vehicles looking for new owners.

Racing action featured five classes of competition. Allen Pugh took the Street Eliminator win in his low 11-second 1972 Dodge Dart over Amanda Sipes and her 1970 Plymouth Barracuda. John Fisher was runner-up in Pro-Mopar with his 1968 Plymouth Barracuda to the champion, Kyle Tripp, with his 1969 Dodge Coronet. Arik Frost took his Cummins-powered Ram to the win in the Truck class over Mark Rigli and his 438-powered Ford F-100 pick-up. Deena Pardee was the winner of the New Hemi Challenge in a battle of Dodge Challengers, beating out Chris Hayward. Kellian Strey, from Scottsbluff, NE took the win in Front Wheel Driver with his Neon SRT-4 over Jamie Pomana.

Mopar had a large display of vehicles from all of the Chrysler product lines, and awarded tickets to the Mopar Mile-High NHRA Nationals that was held in July to fans in Mopar branded gear. Fans in clown suits got nada. 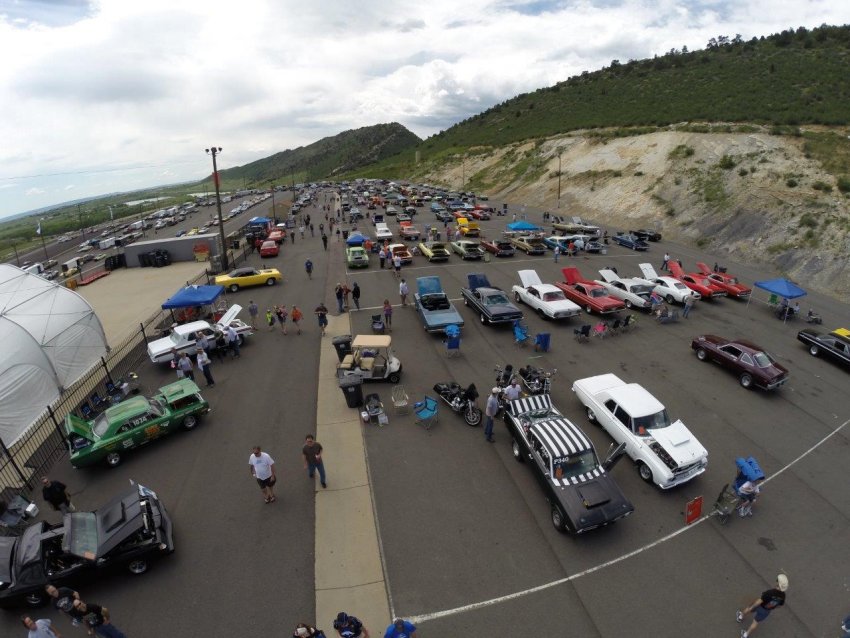 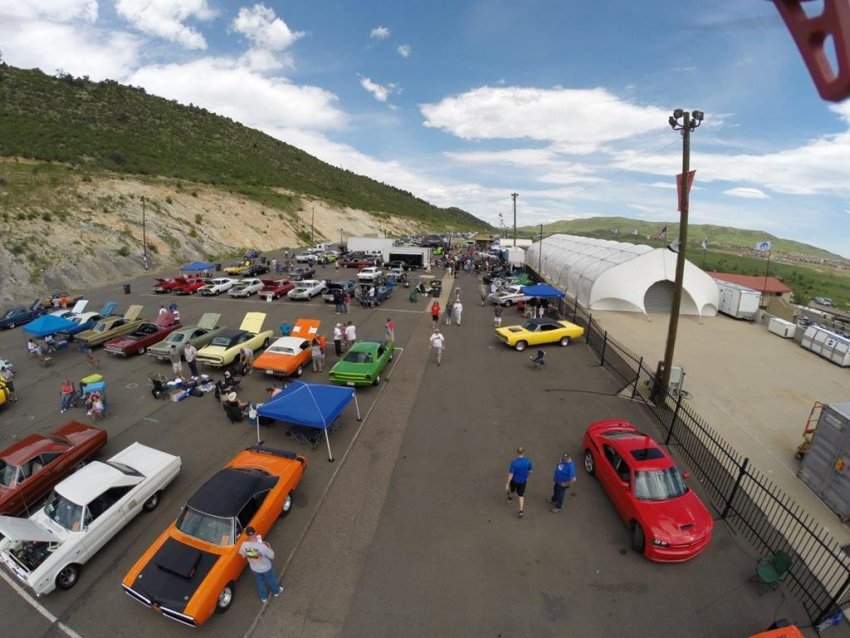 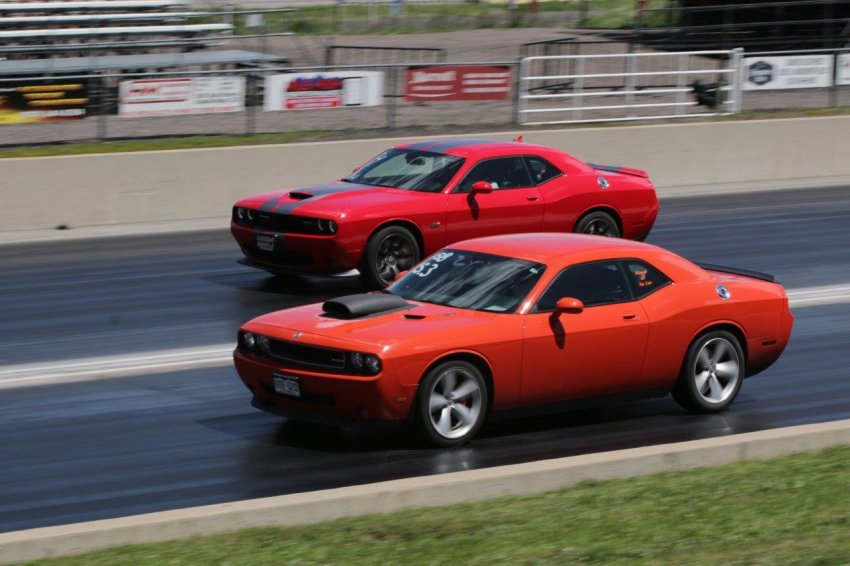 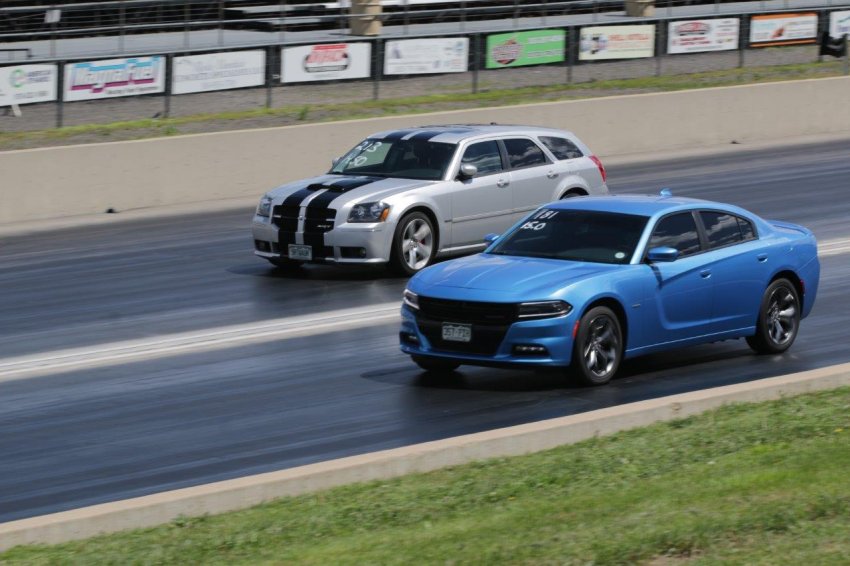 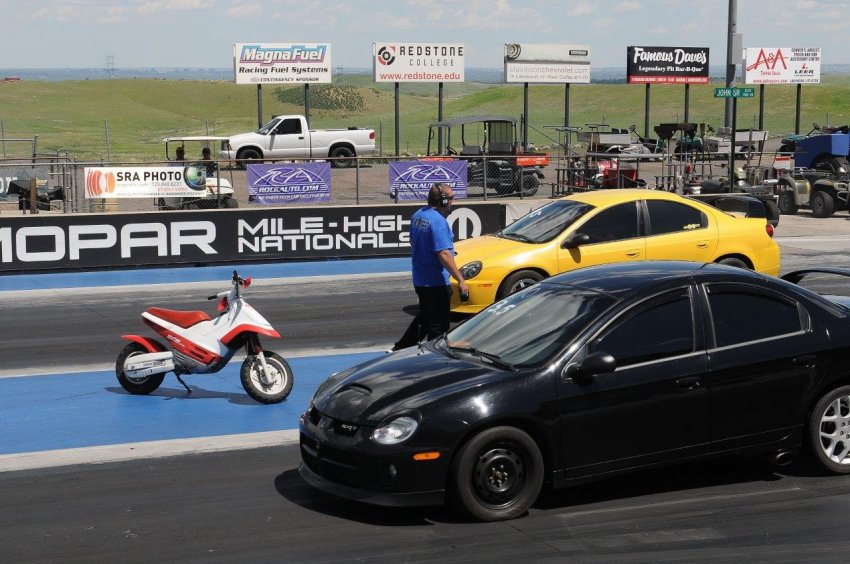 The Front Wheel Drive category was mainly Neon’s showcasing their tuner abilities in front of the muscle crowd. 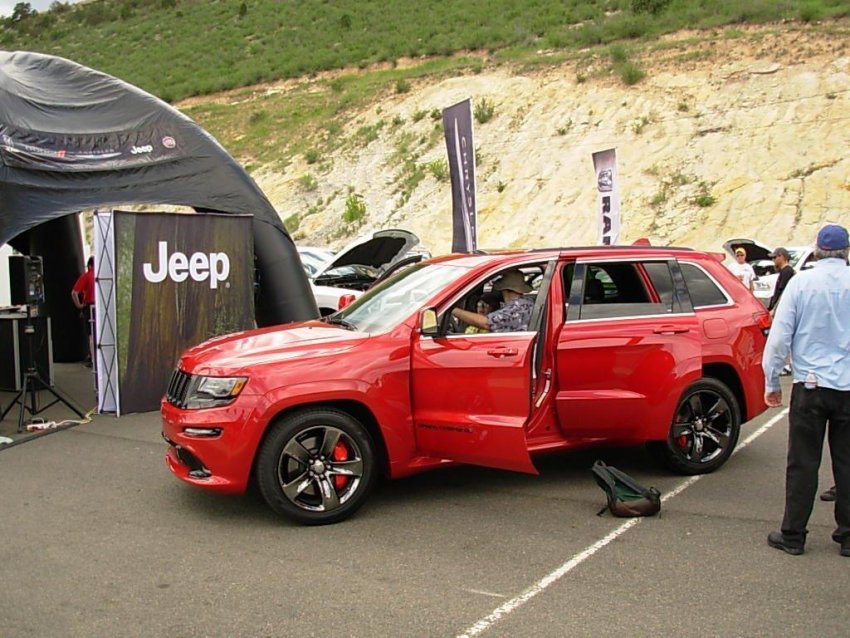 New vehicles from Dodge, Ram, and Jeep were available to see with product specialists on hand to answer questions 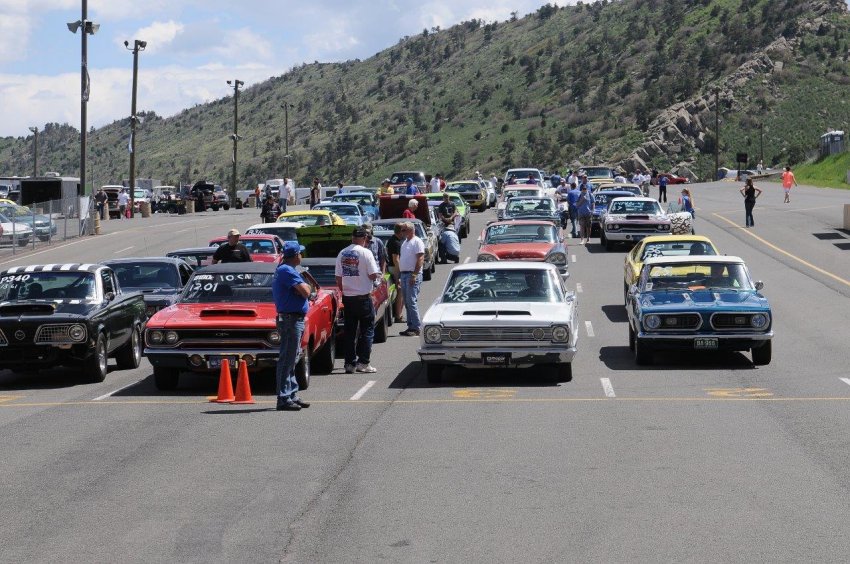 DOT Street was the largest race class of the event 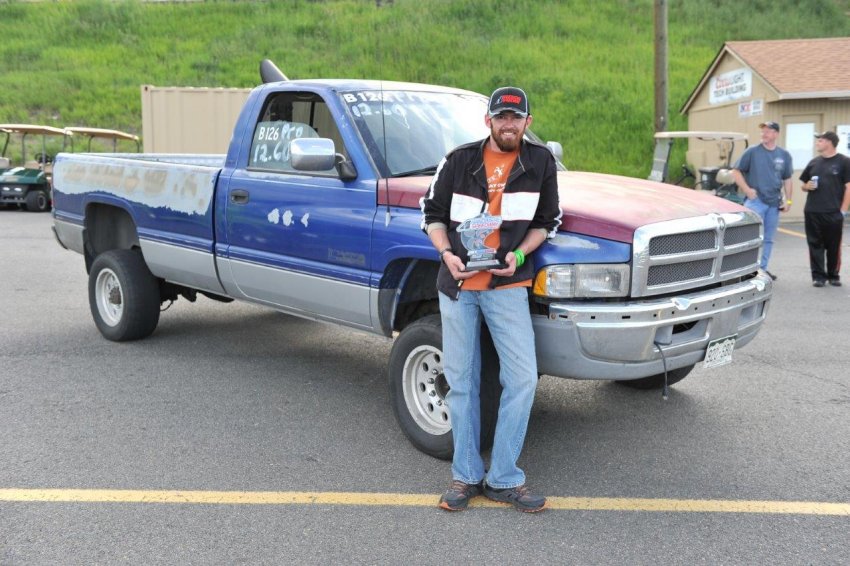 Erik Frost took the win in the Truck race class 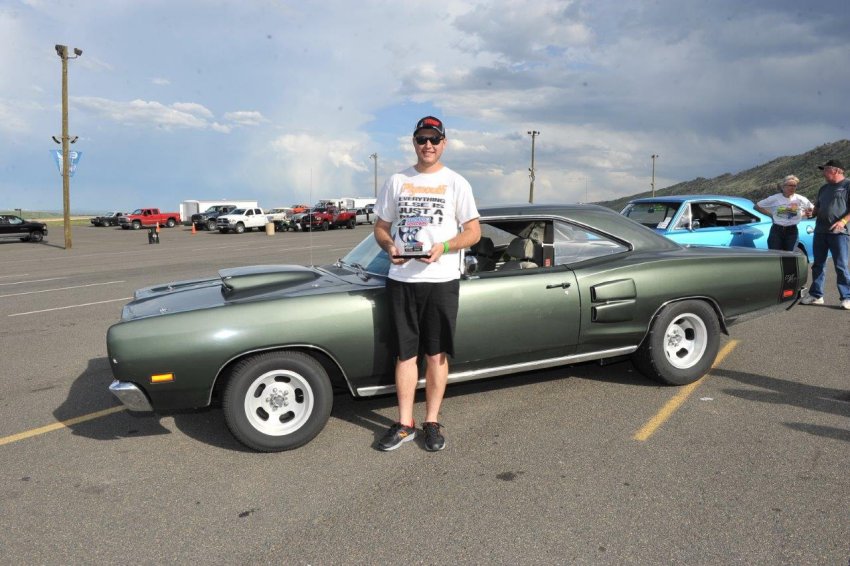 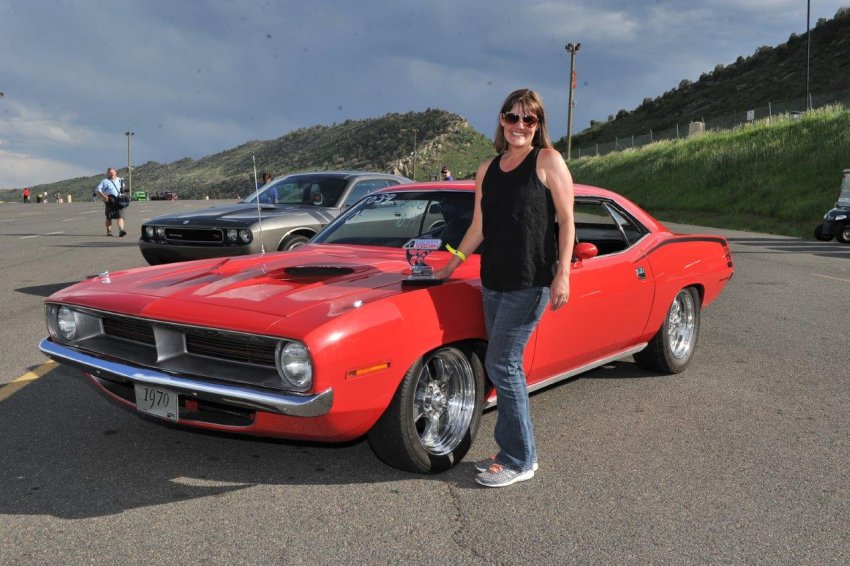 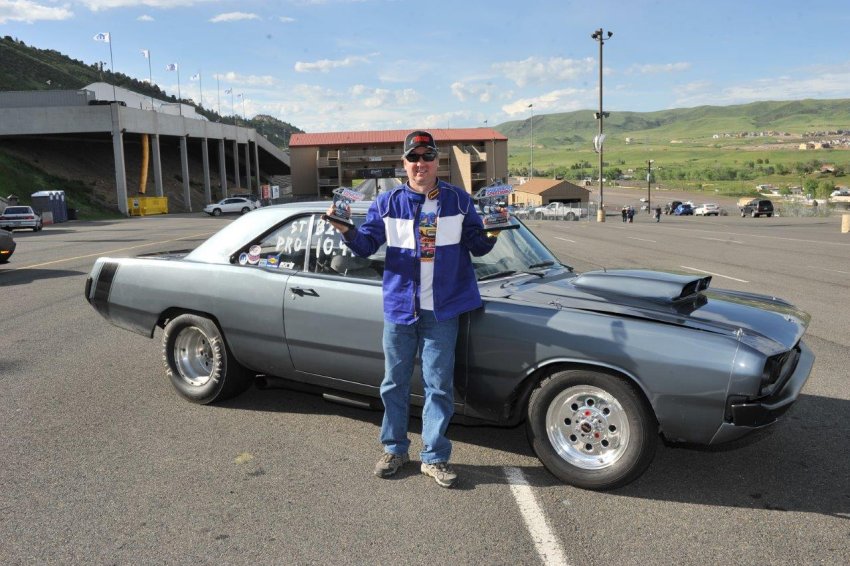 Alan Pugh had a big day, winning DOT Street, and runner-up in Pro-Mopar. 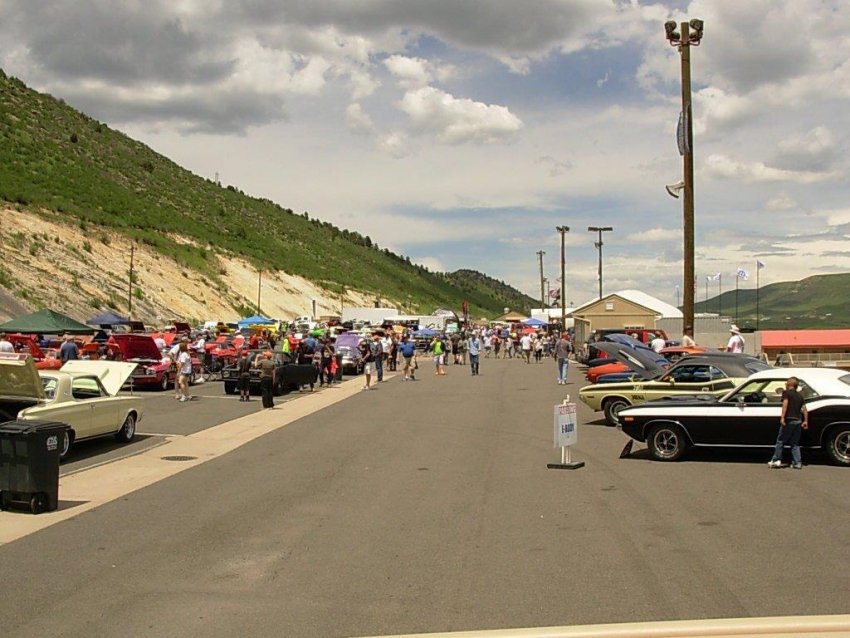 The show was up about 30% in all categories compared to last years event. 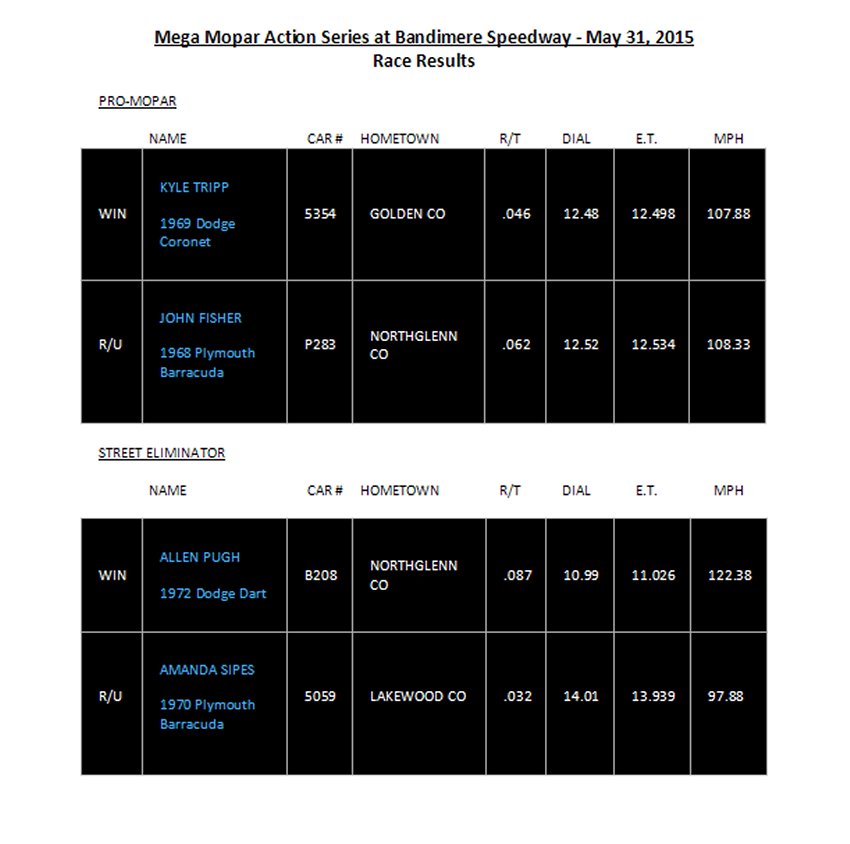 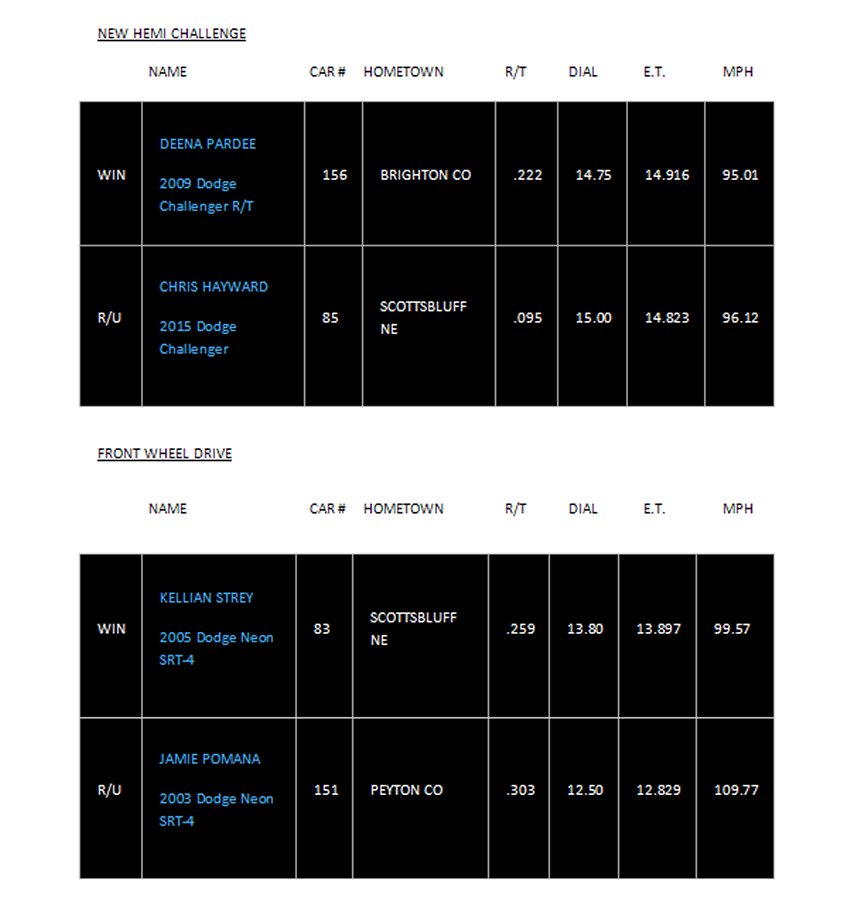 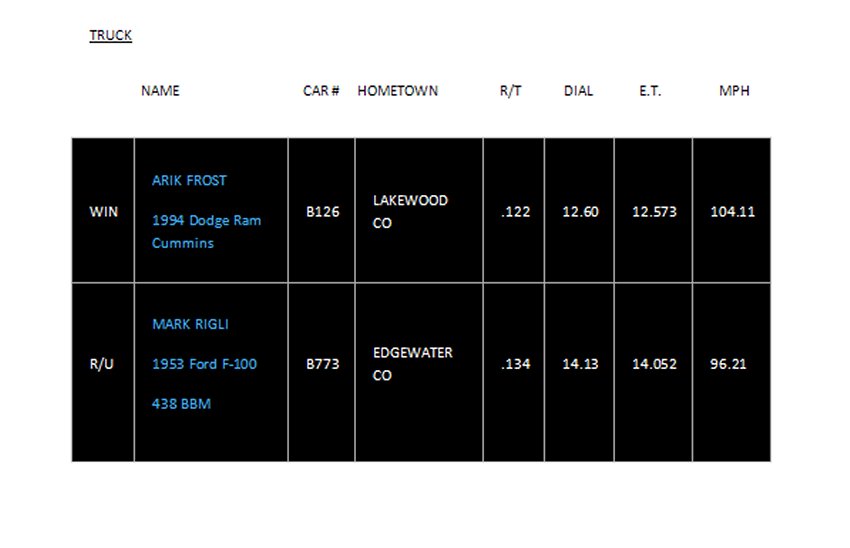 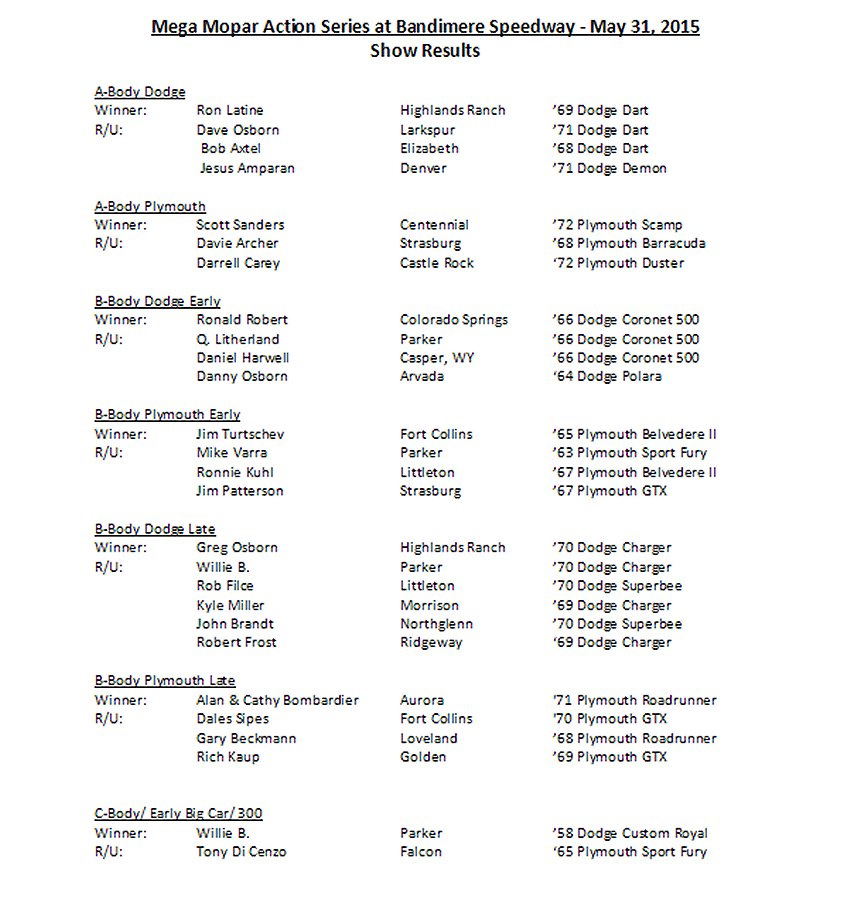 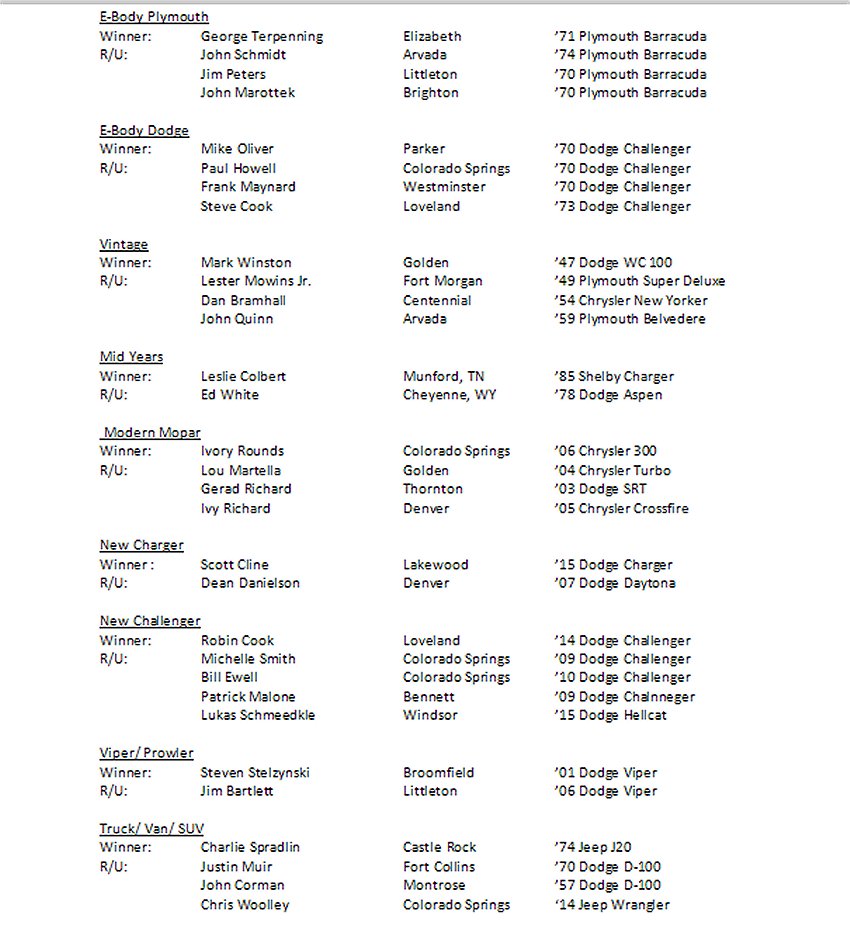 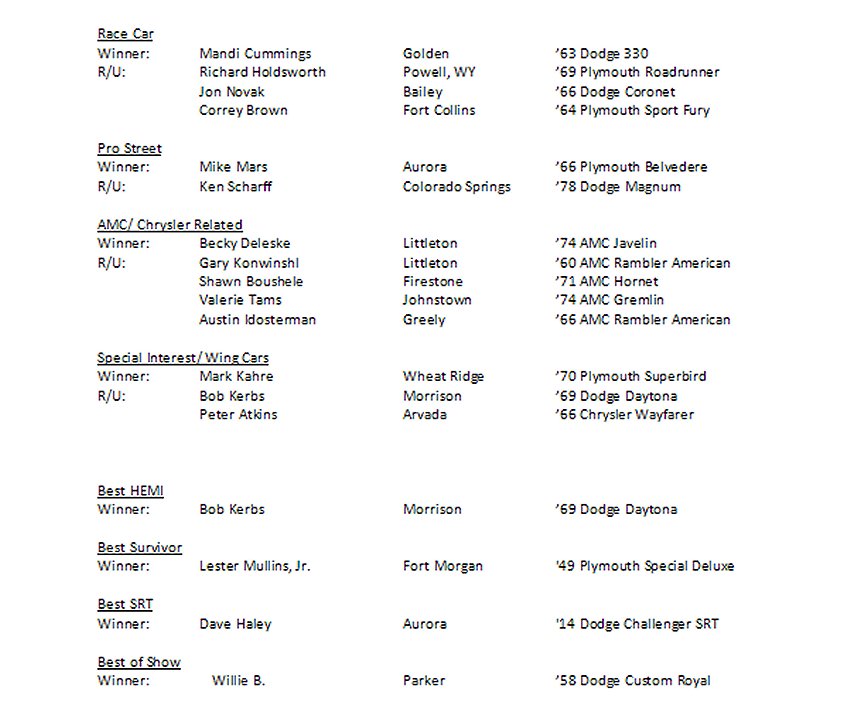