Our last (and still current) project car, Bold Beeper, aimed to see just how far we could take performance while still remaining 100% streetable. But not everyone wants a hot-cammed killer Big-block. With recent improvements in smallblock technology, 400+ HP from a stock-displacement 360 is easy – on pump gas, and with idle quality no worse than stock 60s musclecars. So thats the basic direction well be taking with the Project Savvy Savoy: A quick, but not necessarily world-beating cruiser, reasonable gas mileage, drive anywhere, anytime. Of course, as youve come to expect from M.A., it will have exemplary handling and braking, too. Starting with a clean 62 Plymouth Savoy, well be replacing the entire drivetrain, suspension, and braking systems. And, just as youd expect from M.A., well have a twist  one that a large percentage of our readers will be able to apply to their own daily driver vehicles to improve every facet of engine performance. Engineered in concert with Mopar Performance, well make it super easy, and economical, to swap in a factory SMPI 360 (Magnum), with factory electronics, in three levels of tune (HP output) – from mild to ~400 HP wild. (No sleazy throttle body injection here, this is the real, mileage and HP-making, SEQUENTIAL direct port EFI!) This will be plug-n-play, with wiring a kindergartner could handle, precalibrated  just bolt it in and burn rubber!

No matter whether youve got a toasted 318, weak-sister 198, or gas-hog 400 2Bbl, well help you re-power your classic Mopar car or truck with superb driveability, economy, and, of course, raw performance. Be sure your subscription is up to date, you wont want to miss a single word of the vitally important, groundbreaking development! 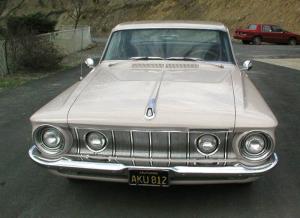 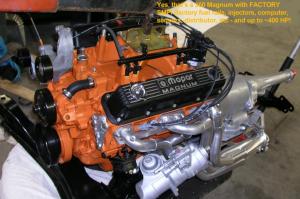 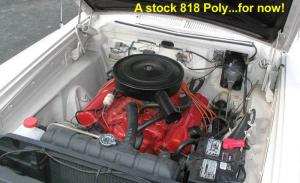 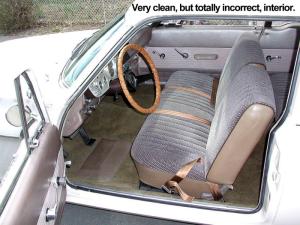 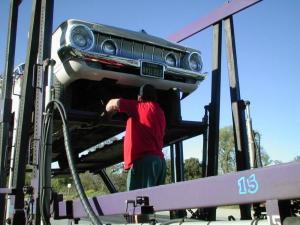 The Savoy, an eBay purchase, begins its eastward shlep from California to New York. It made it in just a few days with nary a scratch.

We build up a new 8.75″ rear axle, using a slick DTS housing and Strange axles, both of which use sealed roller wheel bearings (not ball!), and we build a pumpkin with a very slick TorSen type differential. 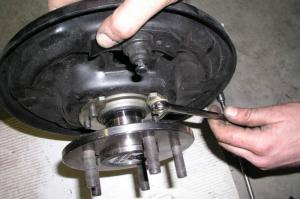 the DTS housing was specifically designed for non-adjustable, self-sealing cartridge-type roller wheel bearings. This is cool.

the True-Track is a TorSen (torque sensing) differential, which is strong, effective, and silky-smooth.
Its similar to what came in the front of 04-05 Neon SRT4s.

Running the engine, both carbd and fuel injected, on the Cummins dyno (click here to watch video), selecting accessory components, learning the basics of JTEC engine controllers and SMPI. 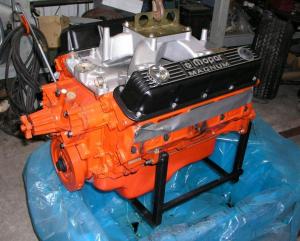 We received the MP 390HP crate engine just like everybody else: Set up to run carburetor and pre-Magnum front accessories. 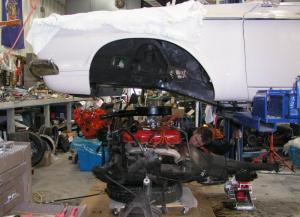 We lifted the body off the engine and trans, which sat on a dolly. Later, wed reverse the procedure to install the new powertrain. 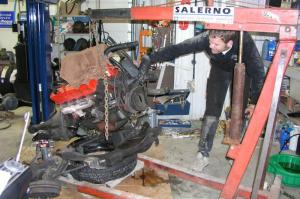 Now it was a snap to pull the engine off the K-member and suspension, a lot of which we re-used. 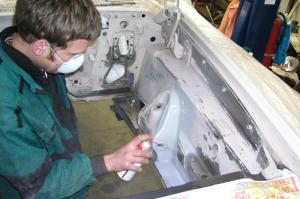 With the old Poly out, we detailed the engine compartment.

Dropping the engine onto the K-member, installing the steering box, flex plate and transmission, TTI headers, then dropping the body over the whole mess without a scratch (or a cuss word!) – (Click here to watch), this is a 14 Mb file. 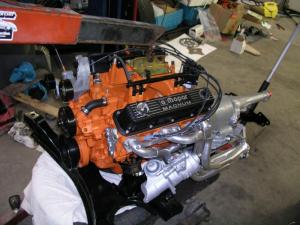 This is how we prepped the setup for installation.
Frankly, it could have been assembled even more completely – fully dressed, in fact. The factory even attached all the suspension, so that all they hadda do was bolt up the upper control arm cam bolts. next time, thats what well do. 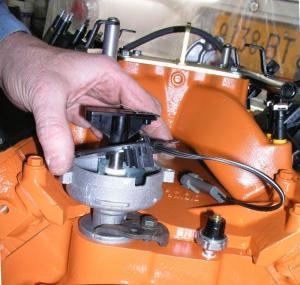 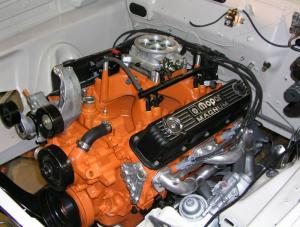 Its in there. Sweet! 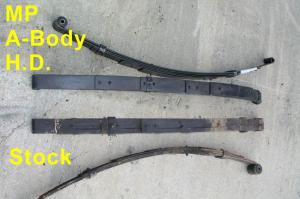 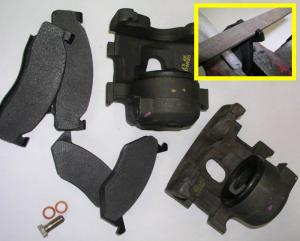 Selecting wheels and tires, installing the exhaust system, cooling, plumbing and wiring, and a road trip! Yeah, we know, everybodys stressed about the wiring, so we made a video to allay your fears.
( Click Here to Watch Video ) 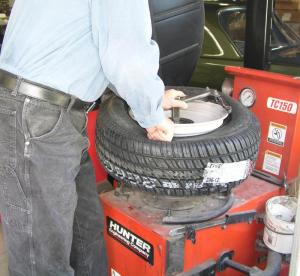 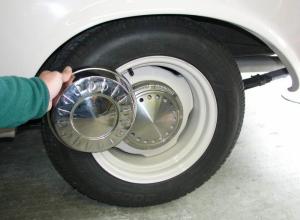 The only downside to this was that our OEM hubcaps are too large for the later-style wheels. Were looking for a set of mint 60-62 Valiant hubcaps, which have the right period look. Got any mint ones? Please! 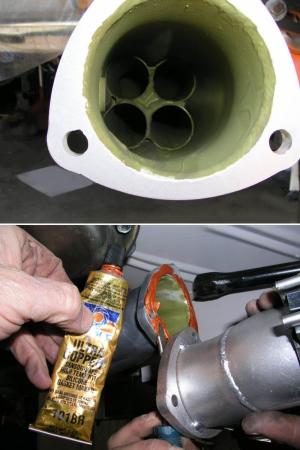 TTIs cool (literally) inside-thermal-coated stepped headers fit like a glove. We dispensed with gaskets as we usually do. 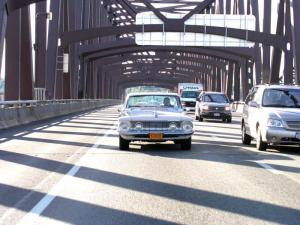 On the road! Even though the final tuning hasnt been accomplished, the driveability is still near-flawless. Thats crazy John tow anything, anyplace, anytime Macioce, of www.empiremopars.com, at the wheel. 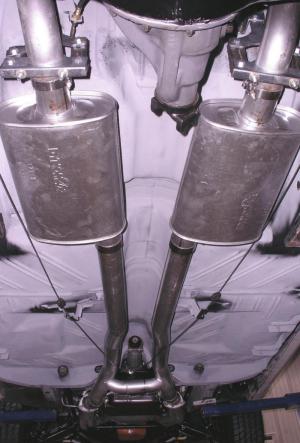 Similarly, the TTI 3″ system was a flawless fit, no mods required. 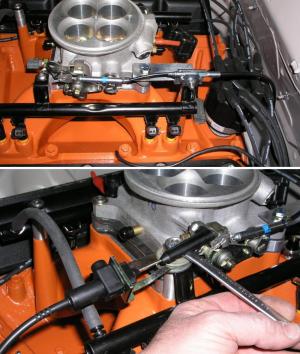 Throttle linkage was a snap, with a longer cable from Imperial services, and a kickdown cable kit from Bouchillon Performance.

Final street driveability troubleshooting, how well fix it when it breaks, and – at long last – a trip to the dragstrip, where the 2.94-cogged, rock-hard-radial-tired, pump-89, closed-exhaust mild 360 crate engine startled everybody buy running 13.7 at 105! 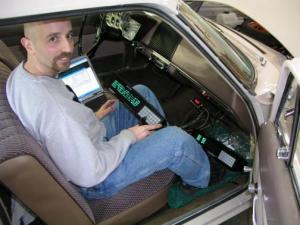 The latest addition to the MP brain trust, engineer Brian Falzon, spent a week at the MA ranch. Tune, tune, tune sumore! Rick and Brian did this so, when you buy and install MP SMPI kit, itll run like a quartz watch! 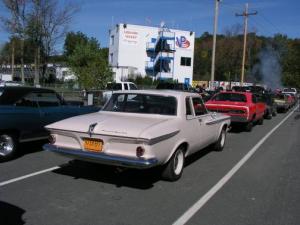 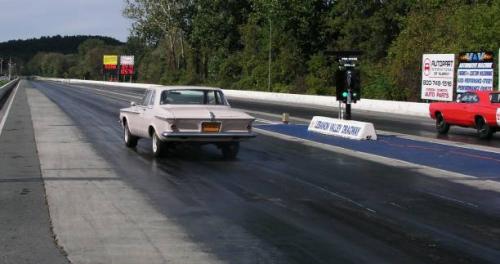 The track was pretty packed – we only got to make three runs.

Amazingly, there were three other 62 Plymouths there that day, two of which were serious drag cars.

Howd it run? see for yourself! (Unfortunately, the one run that was captured on video, we had lots of wheelspin – but check that MPH!) (Click here for video)

Keep your subscription tuned up: You wont want to miss a word (or pix) as the MA maniacs strut their stuff!

Missed some? Most back issues are available, (click here for info)