FLORIDA FUN FEST – Palm Beach 2015
Deck It was Mopar vs. Ford at PBIR 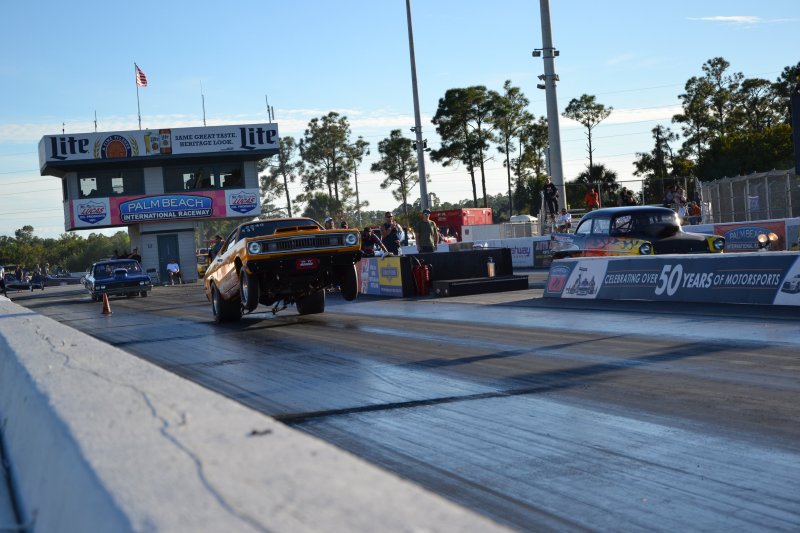 Scott Fry lifts the wheels as he competes in Top Eliminator

Palm Beach International Raceway did it different this year┬Śthe Mega Mopar Action Series event, that is. The track combined the Mopar show with their fun Ford Weekend, and they threw in some Chevys for good measure. Good thing they drew the line at Yugos. So in effect, it was Mopar vs. Ford vs. Chevy for an all-American slugfest on the track and show fest on the road course where the shiny metal was parked. This put the show folks in close proximity with the dragstrip so they could conveniently enjoy the action while keeping tabs on their pride and joy parked close by.

The track booked in some nostalgia front-engine dragsters to spice up the action. The only other attraction was Samantha Russell┬Śa really good band that belted out the tunes. The band stage was set up away from the car show/race activity and, unfortunately, played mostly to an empty spectator area. Pity, a lot of talent that went for naught. We caught a few tunes and clapped as hard as we could to show our appreciation and lift the band┬Æs spirits. Also on display was the Bigfoot Monster truck The Mopar crowd was hoping it would crush some Chevys, but no luck.

Turnout-wise, the vast majority of Mopars on the show field were late model Challengers, classic iron stayed parked in their owner┬Æs garage. In quarter-mile competition, None of the Mopars made it to any of the final rounds, it was basically Fords and Chevys. 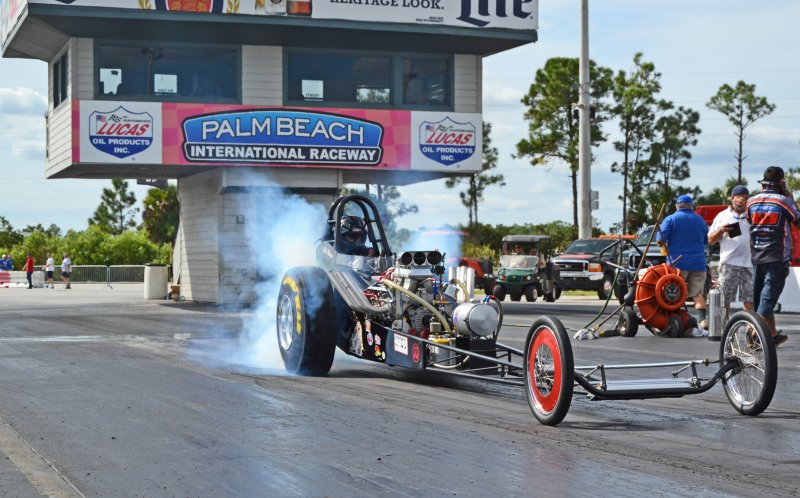 Jeff Morris in his All Steamed Up slingshot nostalgia dragster adds excitement to the race program. 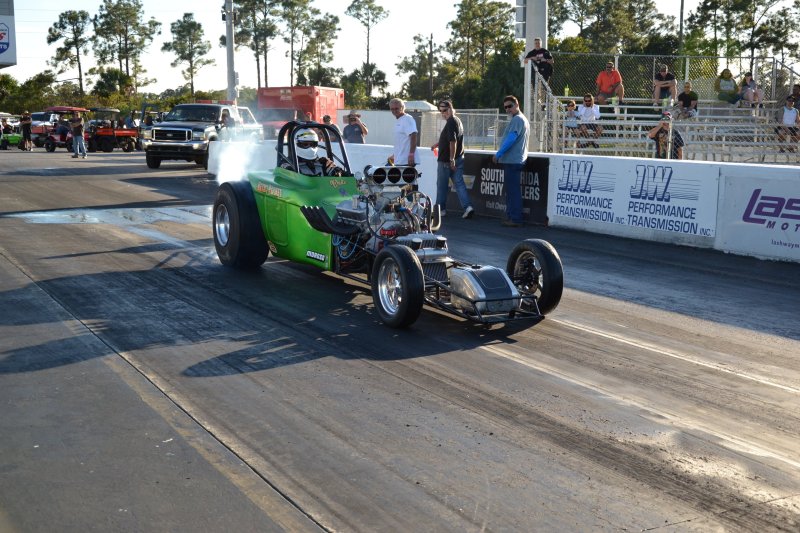 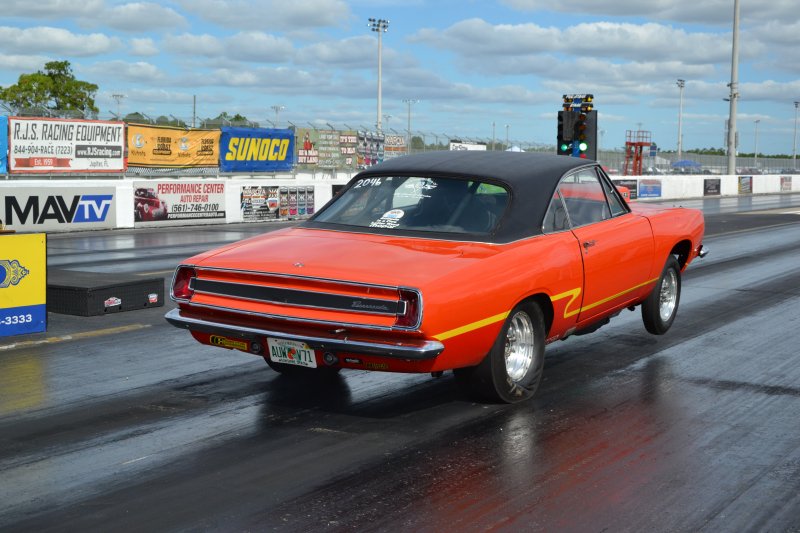 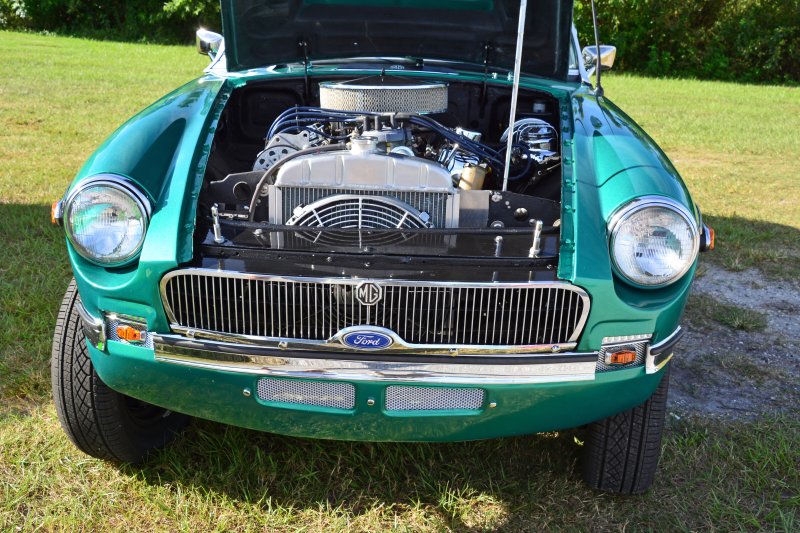 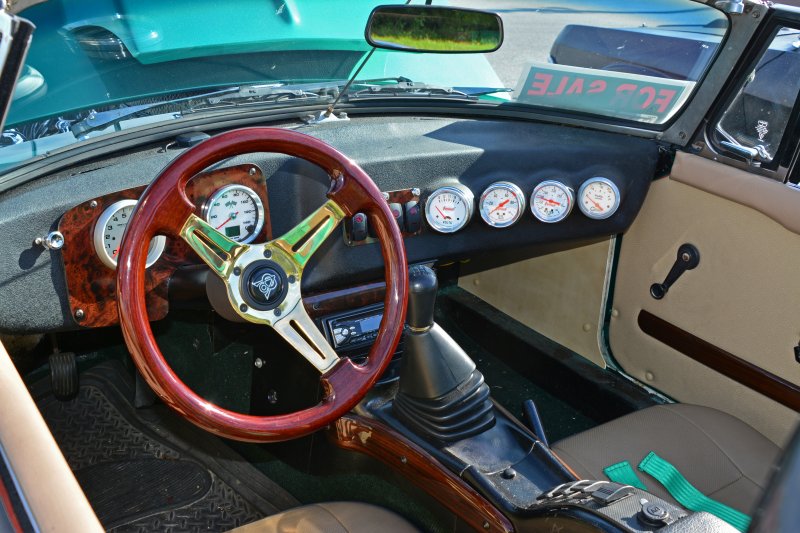 For sale was this cool ┬æ77 MGB powered by a 5-liter Ford. The owner built a custom frame and installed new gauges. Asking price was $17,500. 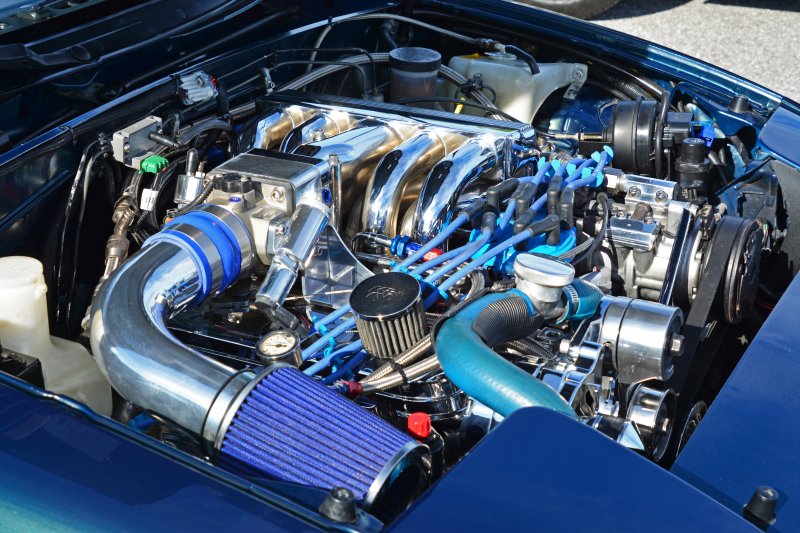 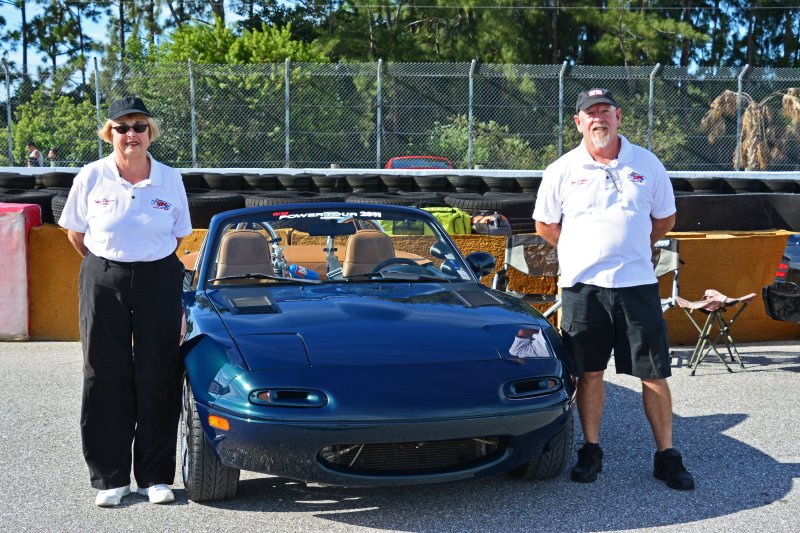 Not for sale was this ┬Æ97 Miata hopped up with a ┬Æ90 302-inch Ford. The frame is stiffened, there┬Æs a coilover suspension, big brakes and rear adjustable control arms. Owner, John Dunham says the Mazda has a 48/52 weight distribution for good handling. 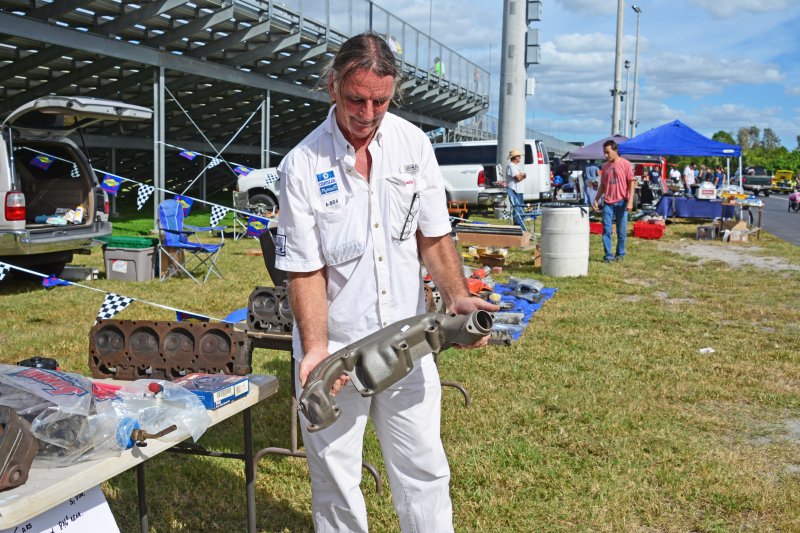 Chrysler parts were hard to find in the swap meet. Chrysler aficionado, Harry LaPlatte managed to find a Mopar exhaust manifold that he didn┬Æt need. 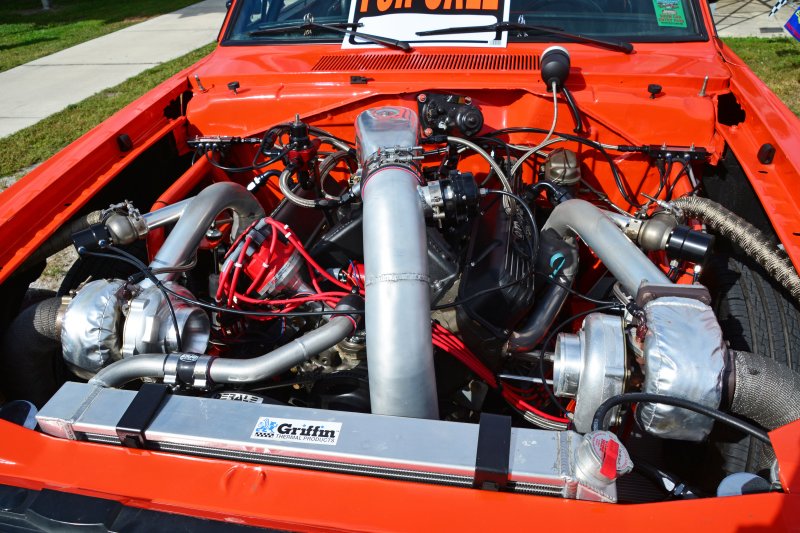 The most interesting Mopar for sale in the swap meet was this twin turbo Dart. No other info, other than the For Sale sign, was available. 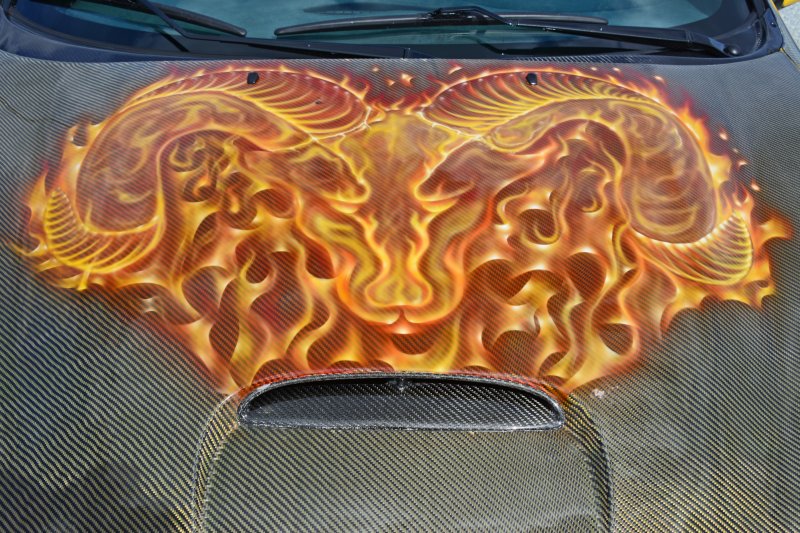 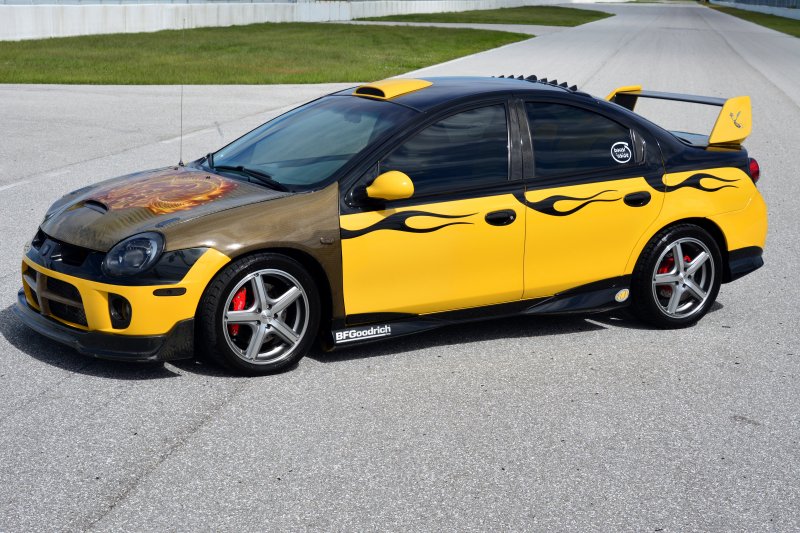 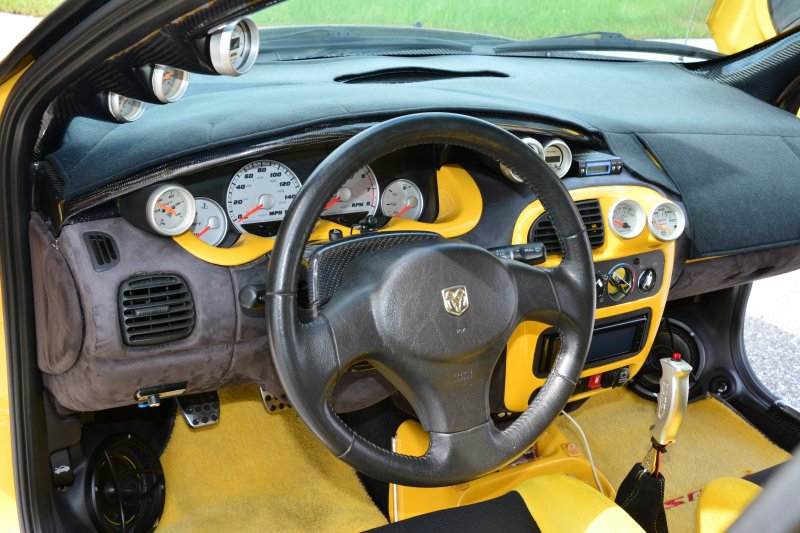 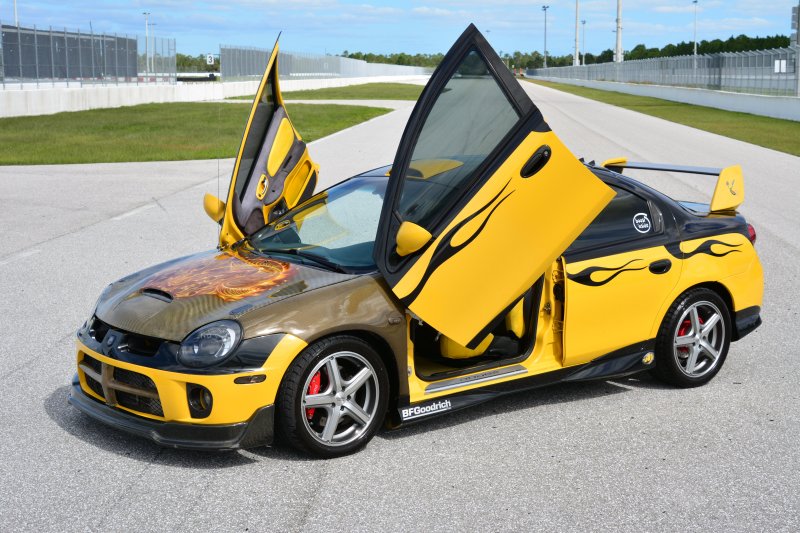 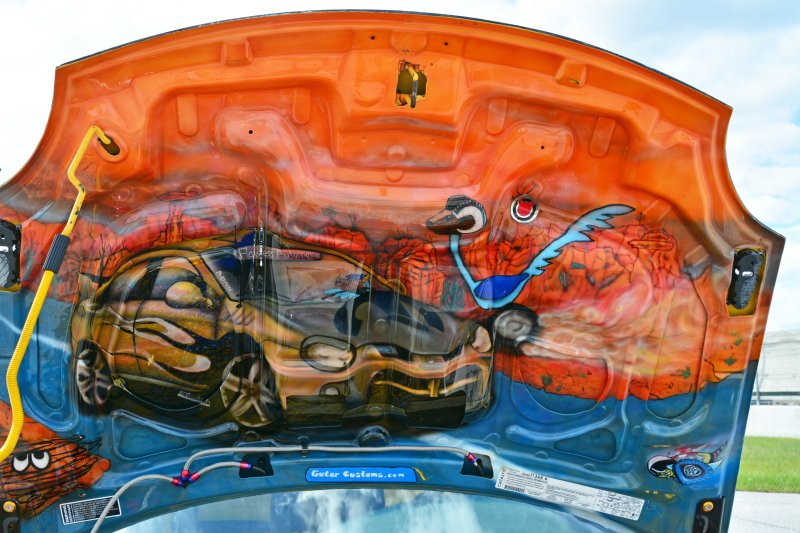 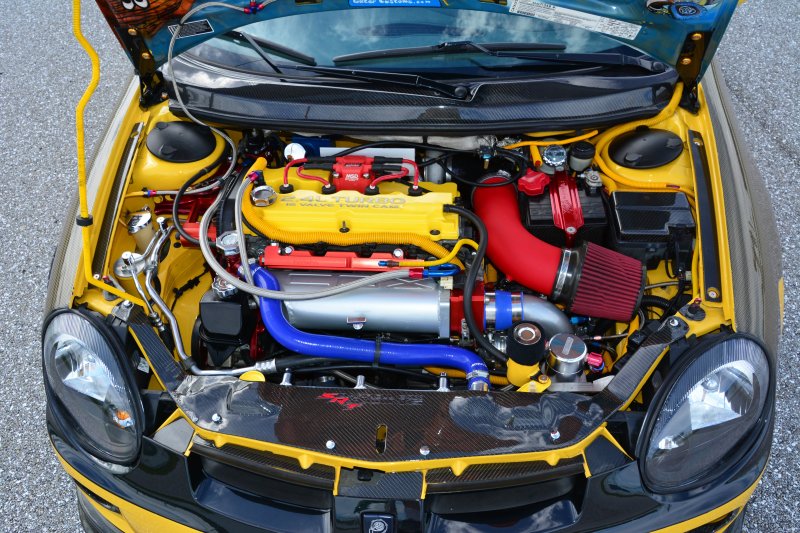 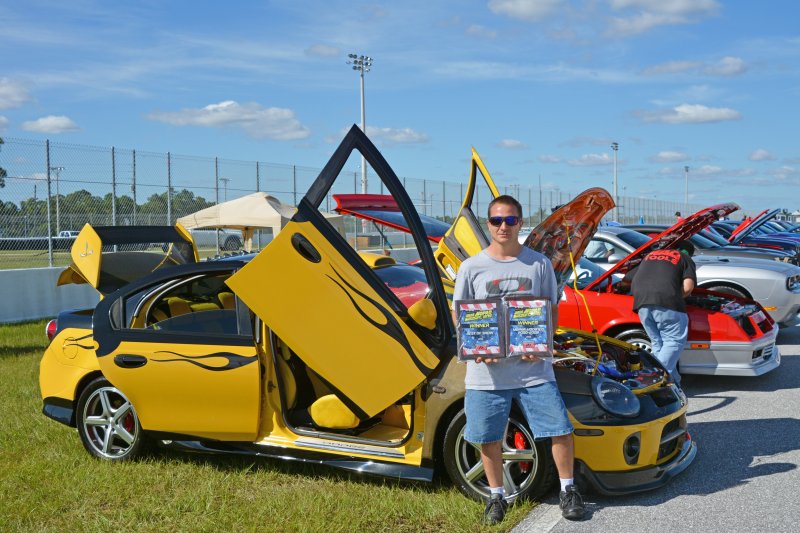 Best of Show for the Mopar contingent was Jerry Ciambrone and his 2003 Dodge SRT4 with guillotine doors (watch out). Check out the wild airbrush art on and under the hood.

Mopar row was made up with the vast majority of late model Challengers. 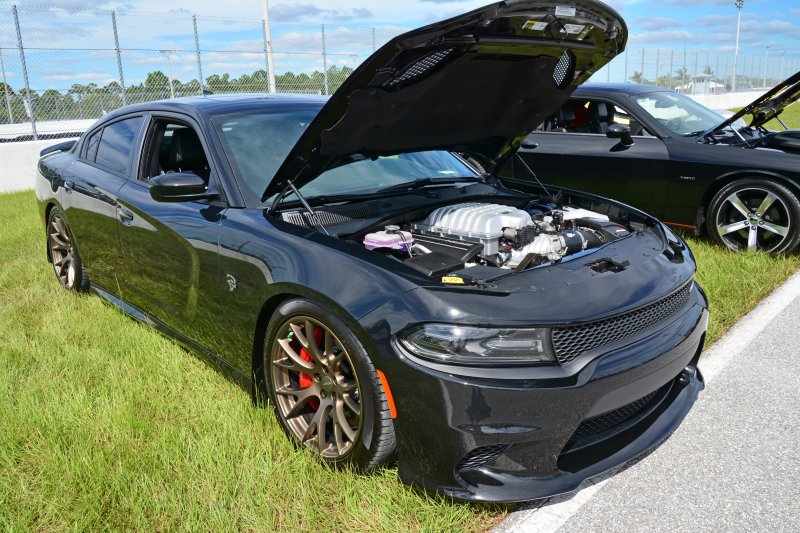 There was even a Hellcat on display driven to the show by Simo Tervo.

Tomer Gal had some fun with his ┬Æ13 Focus ST by creating a Jaws motif. The car forgot to use a napkin after its last feeding frenzy. 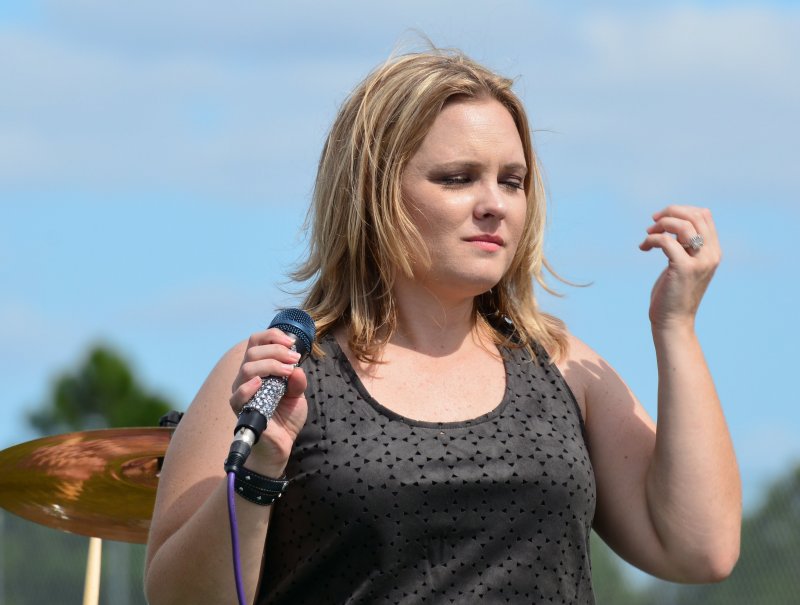 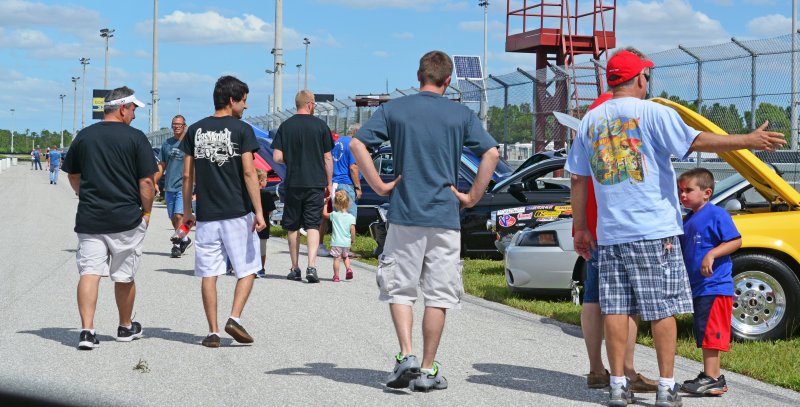 Cars in the show field generated plenty of interest 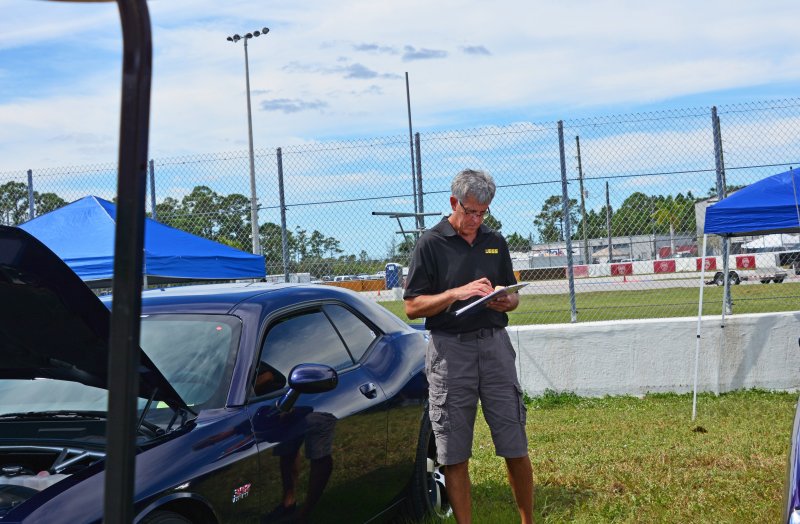 One of the car show judges scoring a 392 Challenger 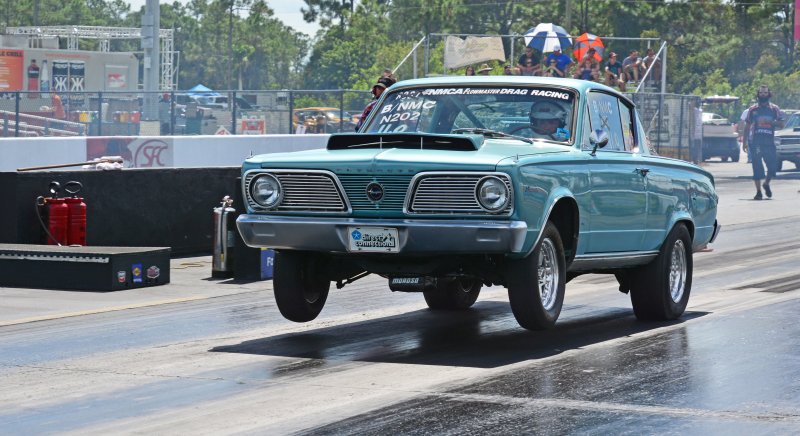 This Valiant ran hard all day. 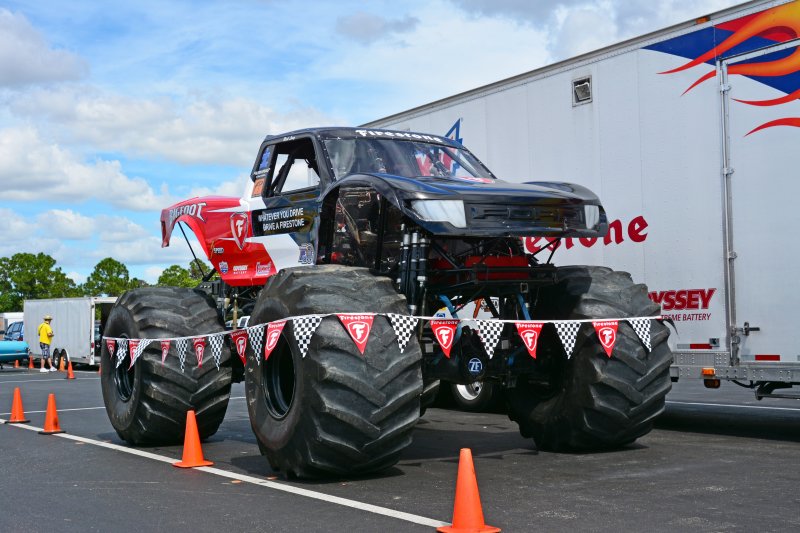 This really nice and clean ┬Æ72 Chrysler Newport Custom with only 30,000 original miles was up for grabs for 10 grand or best offer 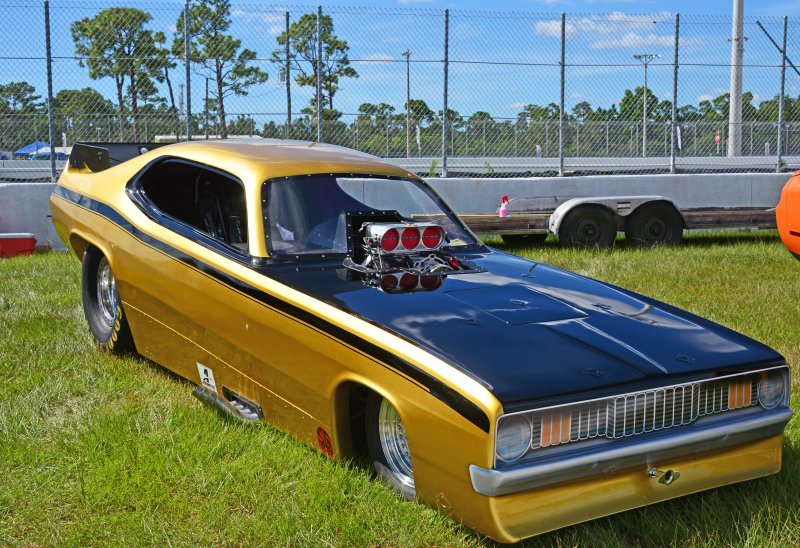 All the show car winners┬ŚMopar, Ford and Chevy.

Call Of The Wide