Zinger of a Swinger

ZINGER OF A SWINGER

Factory concept and show cars are prized by collectors because they are one-offs, and they carry the factory endorsement which makes them a world apart from your owner-cobbled custom. The 1969 Dodge Swinger is one such example, designed and built by the Alexander Brosa custom fabrication shop in Detroit, along with Chrysler Corp. After a short run on the show circuit, the car disappeared. When it resurfaced, it was snatched up by Steven Juliano, a noted Mopar collector who specializes in acquiring one-of-one factory show, concept and production Mopars.

What we want to show you here is the details of Steves restoration of the 340 engine compartment. Steve is a purist who uses lunch pail parts, that is assembly line parts installed on the car on the, duh! assembly line. In many instances these parts differ from NOS service replacement parts that were available through Chrysler, and differ even more so from aftermarket reproduction parts.

Steve used his best stuff under the hood of this Swinger. Blow up these images on your computer screen, and you will see the fine details that sets Steves cars apart from the others.

Bear in mind, of course, that this show car did not have windshield wipers. The motor was left in place on the firewall to eliminate the need for a custom cover in that area. By the same token, the windshield wash reservoir is capped off, which would not be so on a production car with functional wiper/washers. 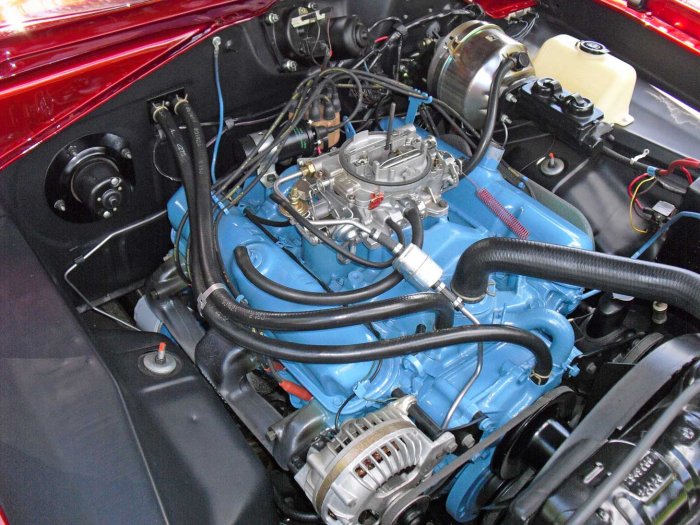 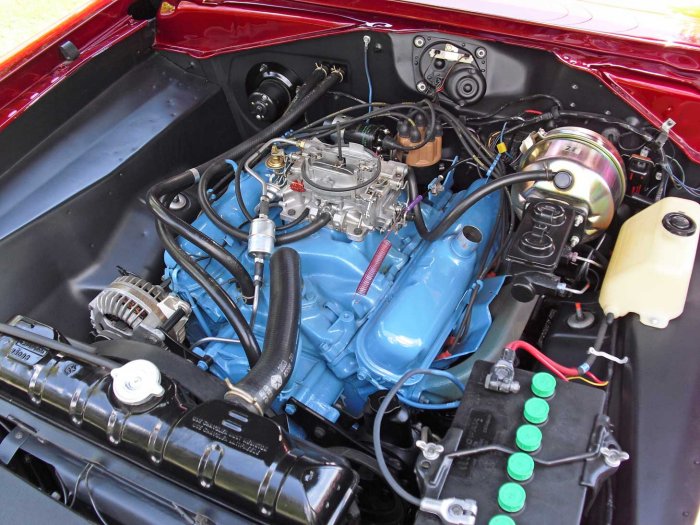