A once-in-a-lifetime gathering of the rarest Hemis on the planet. That was the scene at Quaker city Raceway, Salem Ohio, this past august. And, unlike all the other important events on the Mopar calendar, Mopar Action was there (for a change). It was a grand reunion, where legendary racers of yore, and even Florida, renewed acquaintances, and were reunited with the quarter-mile warriors they piloted during Chrysler¬ís glory years. It was a scene to bring tears to the eyes of even the most hardened of Mo¬ífans (¬Ďcourse peeling the onions, that were freely distributed for this purpose, helped out quite a bit).

While our article was chock full of photos, we couldn¬ít fit ¬Ďem all in. So we¬íre running them here¬ócomplete with captions, so you won¬ít be scratching your head (unless you have a scalp problem) wondering what¬ís going on.

So without further ado, here are the greatest Hemis that didn¬ít fit. 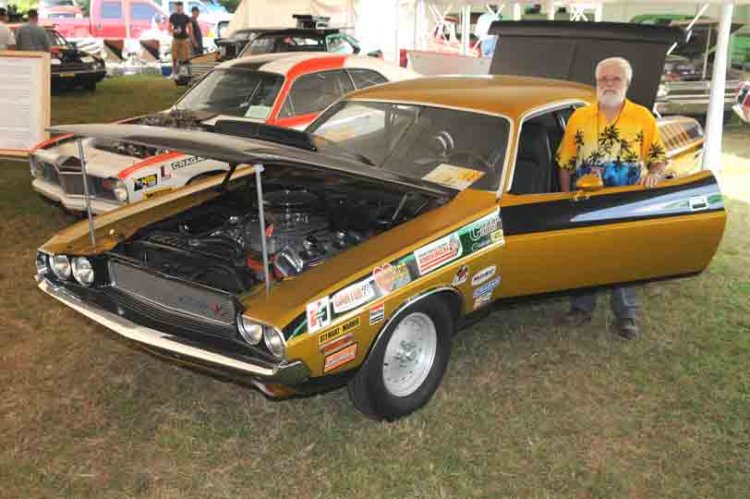 While many of the cars on display were purpose-built racecars, Mike Wasko and his wife Anita had this 1970 Hemi Challenger that had been a Super Stock machine before getting converted to less-exact standards with a six-pack hood. 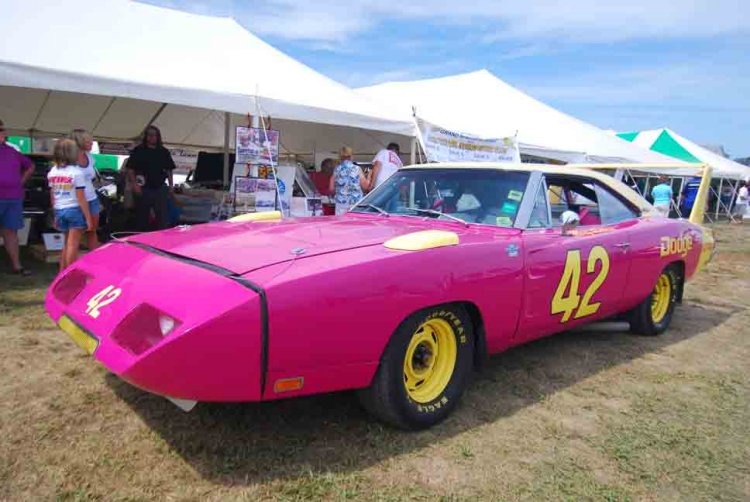 Not every race Hemi was a quarter-mile sprinter. Here is a ¬í69 Daytona that was lettered up for driver and country music singer Marty Robbins. We did not check the pedigree, but it looks right. 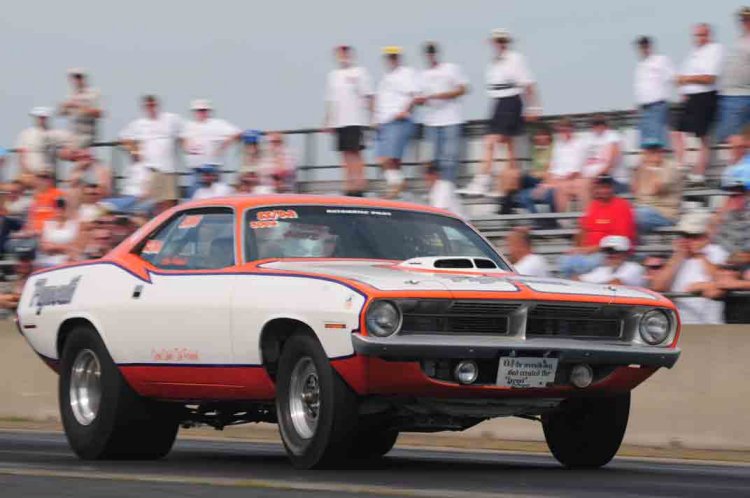 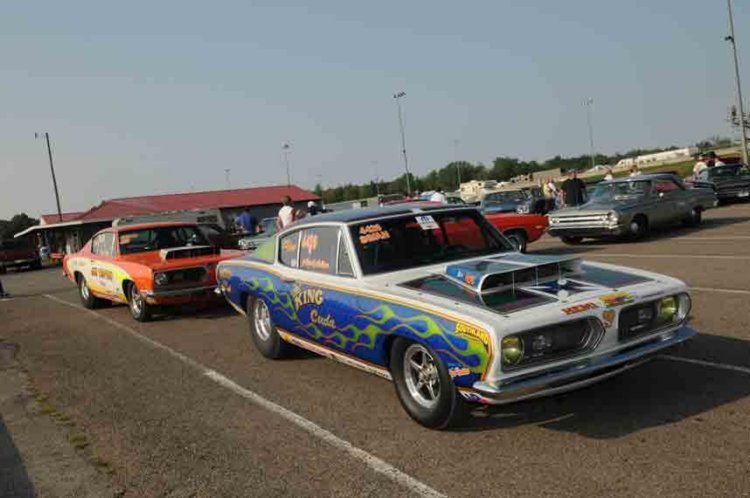 The Teuton team stopped off at Salem before going to the U.S. Nationals the following week. The King Cuda is the former Bucky Hess car the Joey Teuton Jr, drives, while the car behind is the Southland Dodge-backed Plymouth now driven by Kevin Helms. 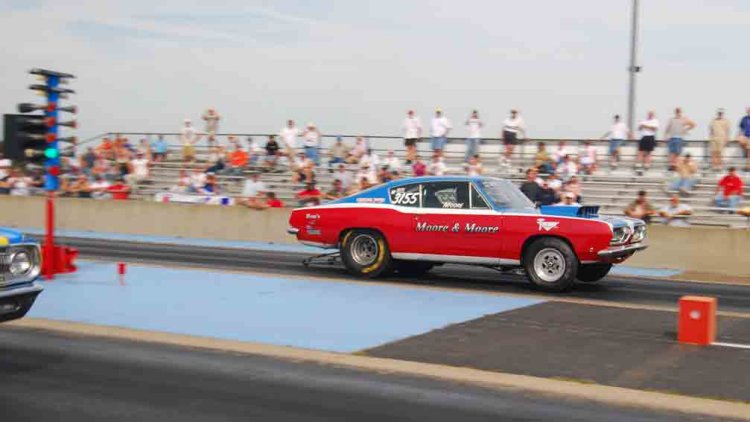 There are many tribute Ronnie Sox paint schemes around. The Moore & Moore team is one that looks the part, including the wheels off the tarmac on this launch during qualifying on Saturday. 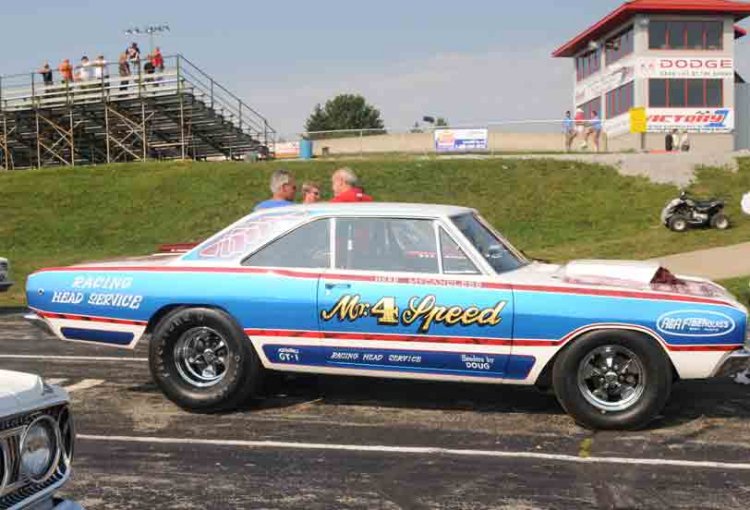 Longtime NHRA Super Stock racer randy Hopkins backdated his original factory Dart to its first owner¬ís scheme ¬Ė Herb McCandless, who was based out of the Memphis region before joining the Sox & Martin team in 1970. 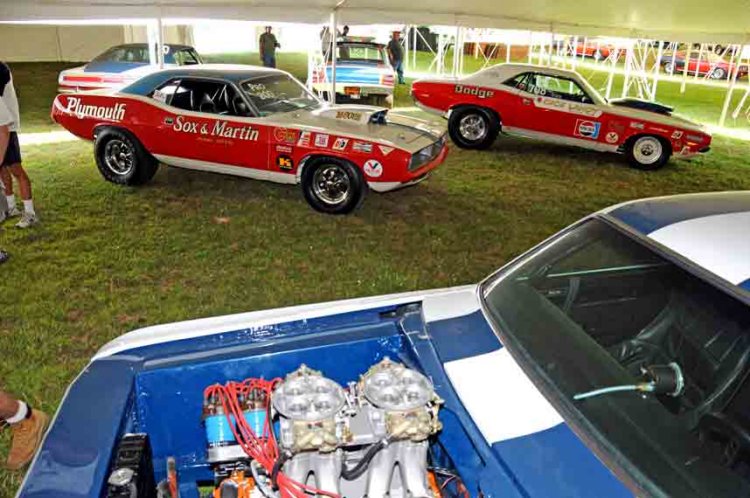 Here are three cars that were highly visible in their day ¬Ė the 1970 Sox & Martin GT1 car, Dick Landy¬ís 1971 Challenger, and Herb McCandless¬í ¬í72 Demon in the foreground, all brought in courtesy Todd Werner and his crew.

Bill Stiles had the dubious distinction of being the living attendee with the most cars on hand ¬Ė the 1965 Strickler AWB car, the 1966 Jere Stahl A/S World Champion car, the 1967 Jere Stahl SS/B Plymouth, and the two cars he drove in competition ¬Ė the 1968 Plymouth Barracuda and the 1970 Pro Stock Duster, which was completed for this event.

Photos by John and Geoff Stunkard

Article Extra – Variations on a Theme