If youre one of the select few who are restoring a Daytona, these images of a Roger Gibson-restored example of a 440/4-speed, will prove to be a valuable resource. But even if you dont own a Daytona, some of the details shown here on the way these cars were cobbled together by Creative Industries are interesting in their own right. 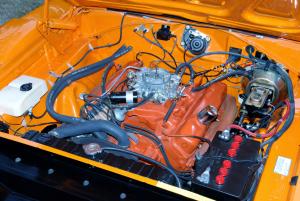 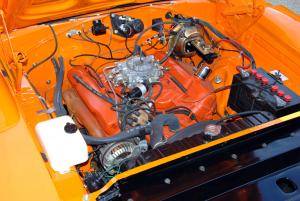 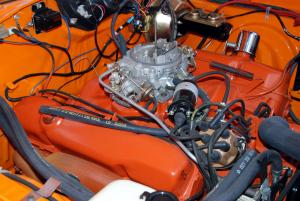 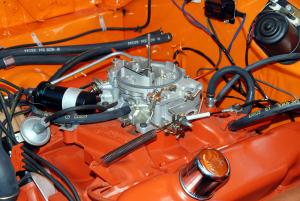 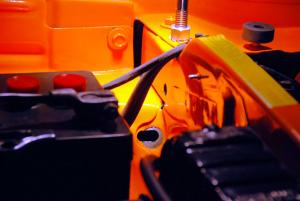 Things got weird when Creative mated 70 Coronet fenders in place of the 69 Charger fenders. The front attaching flange was left unpainted, as seen looking inside the wheel house. On the inner fender inside the engine compartment, there are three bolt holes on each side with bare metal. 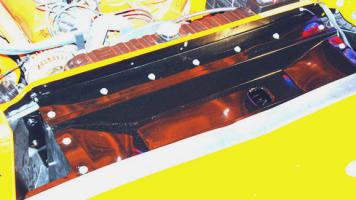 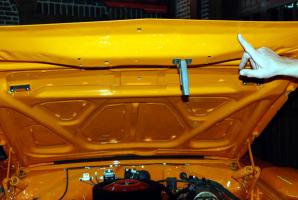 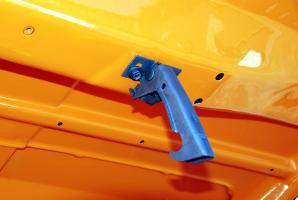 There was a lot of variation in latch trays over the production period. The depth of the tray varied from 1/78 to 2-5/8. It was obvious that the Daytona hoods were having latching problems, and the evolution of the variations were attempts at fixing this. In some cases, the hole for the safety catch is hammered down for more clearance. Gibson figures that the early Daytonas had shallow latch trays and that caused problems. So Creative deepened them.
The safety catch on the 70 Charger used a paddle that you pushed up on. The 69 had a lever that you pulled that was connected to a relay rod. . The Daytonas used the 69 safety catch, but without the relay lever. It was kind of Mickey Mouse the way it worked. There were problems with the latch fit. Creatives fix was to drill two extra holes in the latch base and then slot it to the original holes, so they could move the latch forward. As you can see by the images, it wasnt the neatest-looking modification. 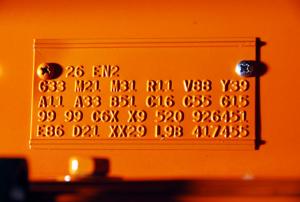 Fender tag show the 99 99 paint code, one line up from the bottom. Right upper screw is unpainted, as the tag was folded up as it came sown the line, so paint could be sprayed underneath it. then it was folded back down and a new screw ininstalled. 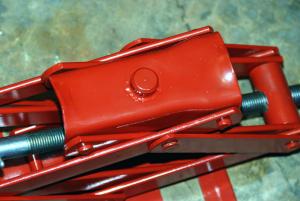 Original Daytona nose jack shows obvious differencesespecially in the neat weld around the top nut, and the square (Acme) screw thread– from the high-buck bogus jacks that are out there. 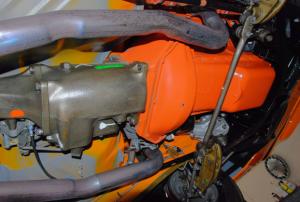 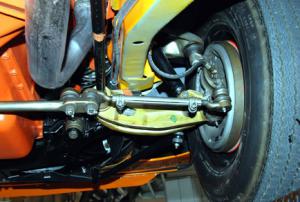 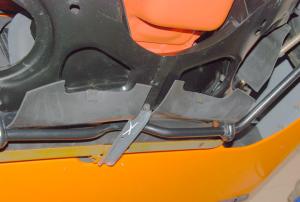 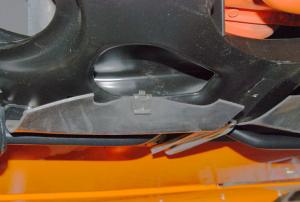 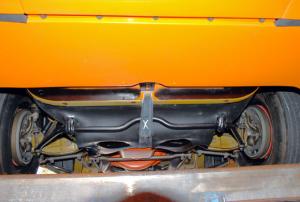 Zinger of a Swinger