Each year The Chrysler Nats at the Carlisle Fairgrounds in Carlisle PA gets biggernot in size but in what the Carlisle folks are able to pack into the eventlike the proverbial 10 lbs. of stuff in a 5 lb. bag. And this year was no different. Carlisle, in recent years, has attracted many Mopar celebrities to their Chrysler event. But this year they went overboard in reeling in celebs from film, radio and TVcar, but not necessarily Mopar, related. Heck, even author Jerry Heasley qualified as a celebrity who made the most of the opportunity by hawking his new Rare Finds book. Gee, maybe next year Rob Wolfe may even make the celebrity cut.

While its always nice to see and greet some of the Mopar icons such as Ramchargers Tom Hoover, Mike Buckel, Dave Rockwell, Tom Coddington and others, along with Herb Mister 4-speed McCandless, Super Stock pilot Bill Stiles (the standard greeting for the old-timers is Hey, you still alive?). For some of the other celebs we used the standard greeting: Hello, who are you?

New for this year, was the additional fee you had to pay to get John (Bo Duke) Schneiders and Cindy (Happy Days) Williams autograph and snap their photo. Guess these actors (and actresses) have fallen on hard times. TheBruntBros, with no money in the budget from the publisher for such nonsense, got around the payola deal by disguising themselves as houseplantsa trick they regularly employ to evade the immigration officials. Youll find Johns and Cindys photos, among other things, in our Feb. issue.Course, it was much easier to recognize the cars than some of the celebs. Look over there, thats a Plymouth, remember those? or, Look over therea Chrysler.

While we cant show you every one of the 4800 or so cars that rolled into the event, we can show you the cars that didnt come out all fuzzy from the film that TheBruntBros turned in with the companys 1934 Kodak box camera that the Brunts have to sign out for from the stock room for photo shoots.

Some of the many, many cars that populated the Fairgrounds for the All-Carlisle Nats at Chrysler, PA. If you look carefully in the foreground to the right, you can see Wilhelm Bruntczynowski of TheBruntBros (Nick and Bill) clothed in houseplant camo to evade authorities and sneak into the pay for peeps area where John Schneider and Cindy Williams were raking in the dough signing autographs and posing for pix. Out budget didnt allow for this luxury so we had to take the low road. (Photo by brother Niklaus). 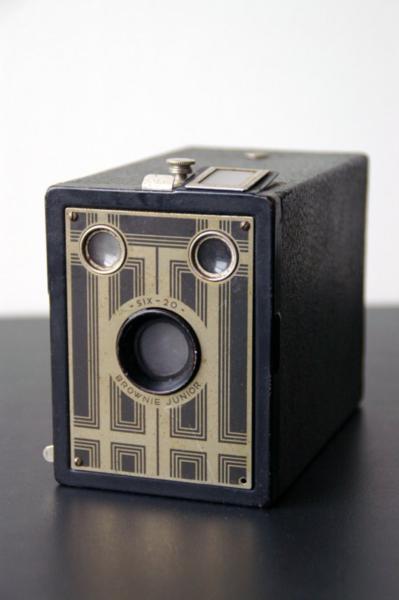 The company 1934 box camera is used by TheBruntBros for all their Carlisle and other Mopar shows pix.
The company expects to upgrade them to a 1948 model camera early in 2013 if the budget allows. 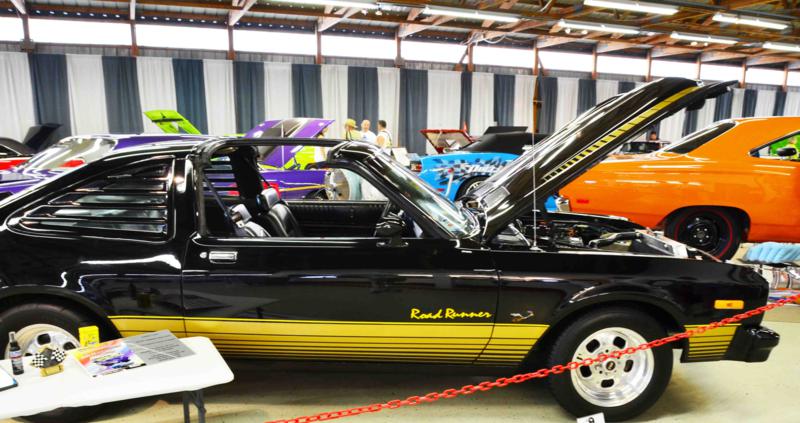 Dan Lyon from the Bronx (NY) Mopars displayed his nice late model (79) Road Runner as part of the invitational group in Building T. It is one of 217 equipped with the E85 engine and T-roof options. The appearance and drivetrain have been modified to Bronx specifications. 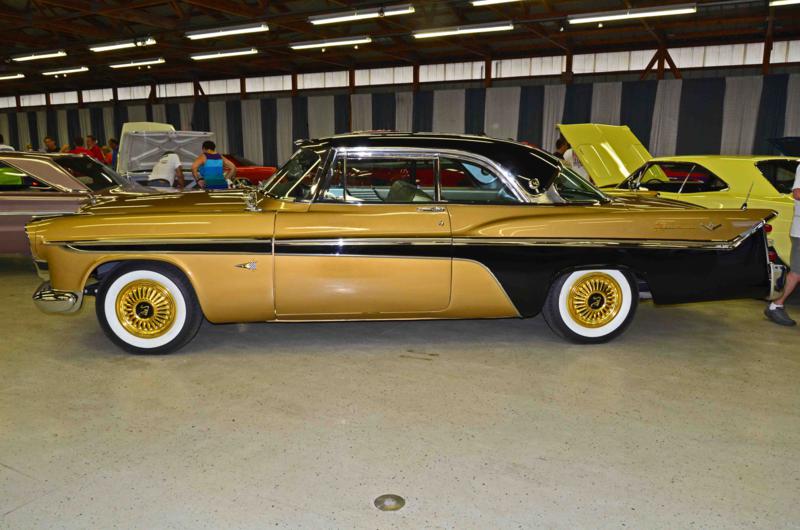 We featured the front clip of Franks and Lanette Peiffers 56 DeSoto Adventurer in our Feb. issue. It was one of the few artsy shots that we run every so often. This shot is in answer to many readers inquiries as to whether the Peiffers just brought the front clip to the show or an entire car. We sincerely hope that this photo puts that question to rest. (Actually, as this photo shows, they only brought the drivers side of the car to the event). 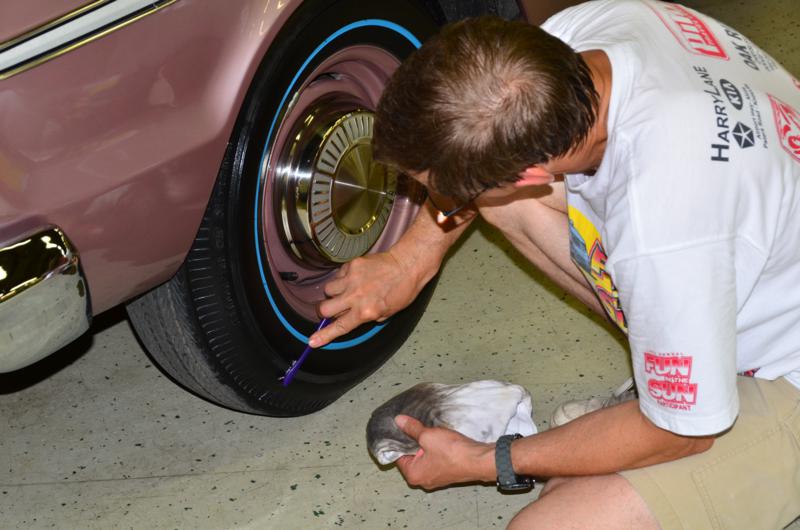 Some people brush their teeth after every meal. This Mofan brushes his tires. No cavities on this rubber. 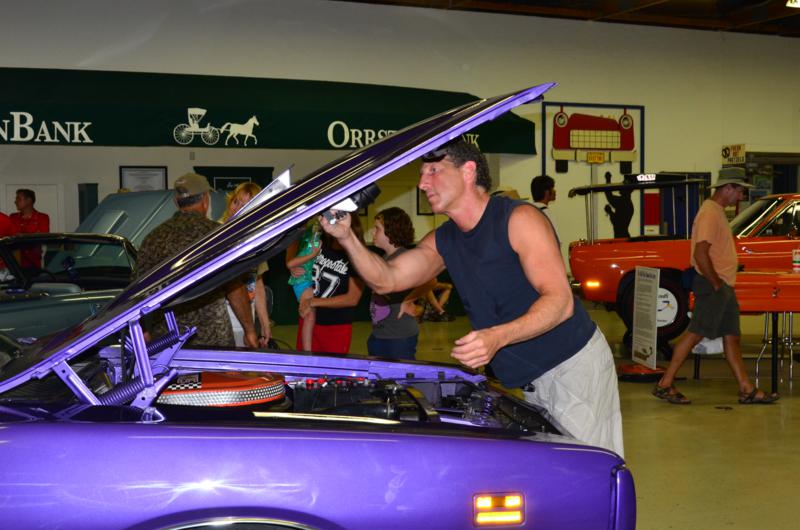 Whats a Mopar show without Gary and Pam Beineke hauling out their newest what if 71 Charger R/T concept car. This Charger was designed by them to show what the factory would have produced what if the world was flat. Gary B. is shown supporting the hood with his head while he waits for the hood supports he had on order to be delivered. 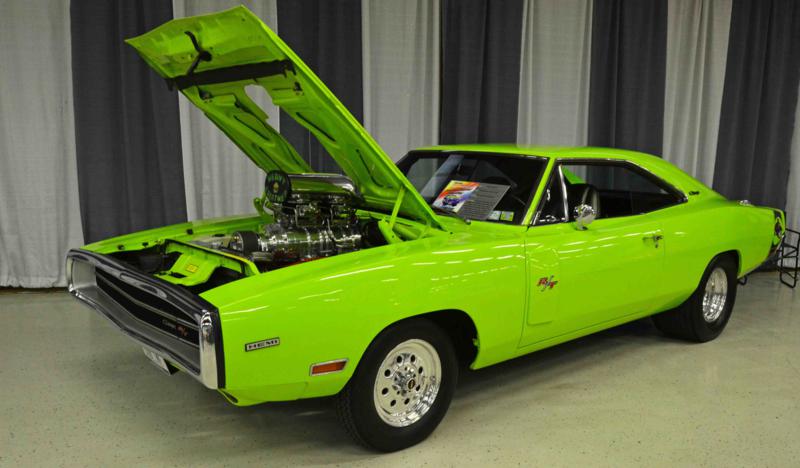 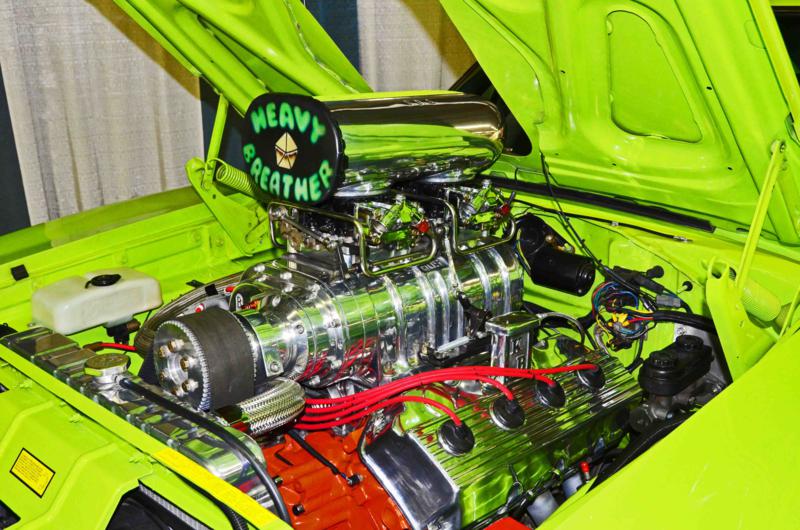 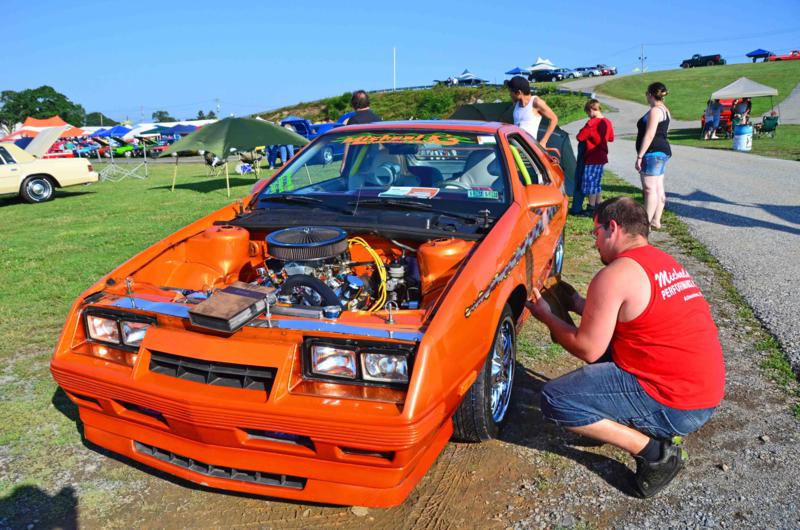 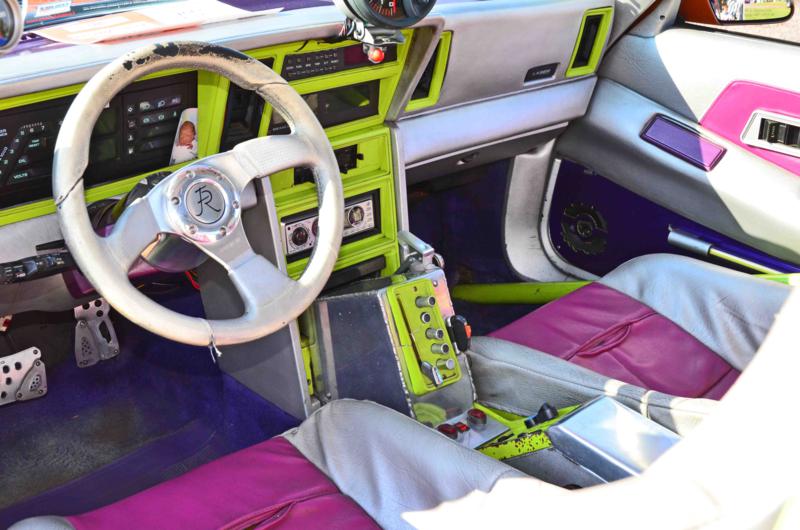 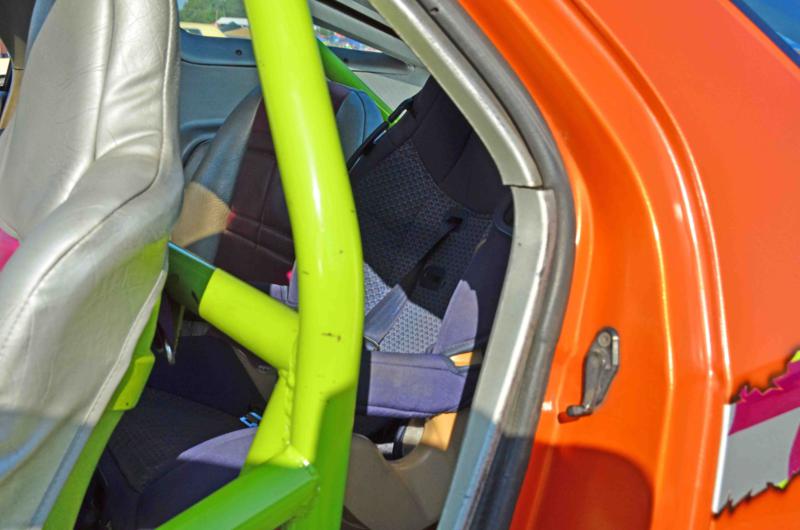 Mike Krauchicks 84 Laser packs a smallblock and is used and abused daily (same as the Mopar Action staff). Believe it or not its his family wheels and yes, that is a child safety seat in the rear. 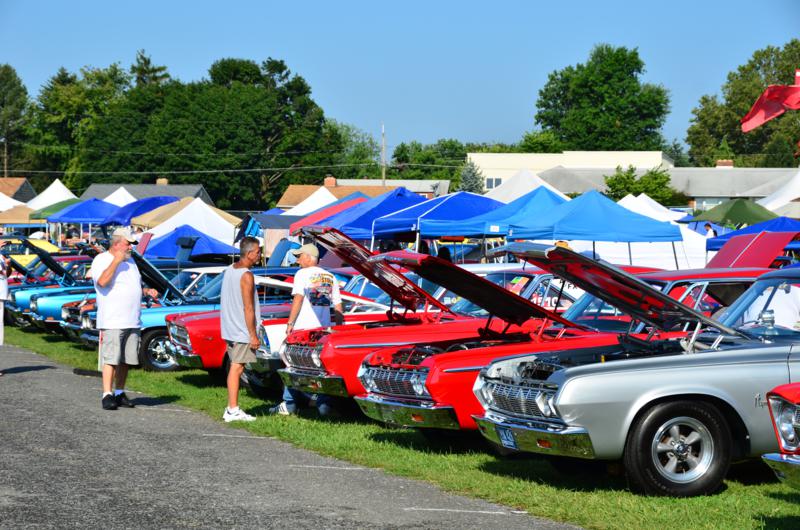 We dont know what to say about this shot except the editor demands a shot of a line of cars with their hoods up at every show for reasons unbeknownst to everyone but him. 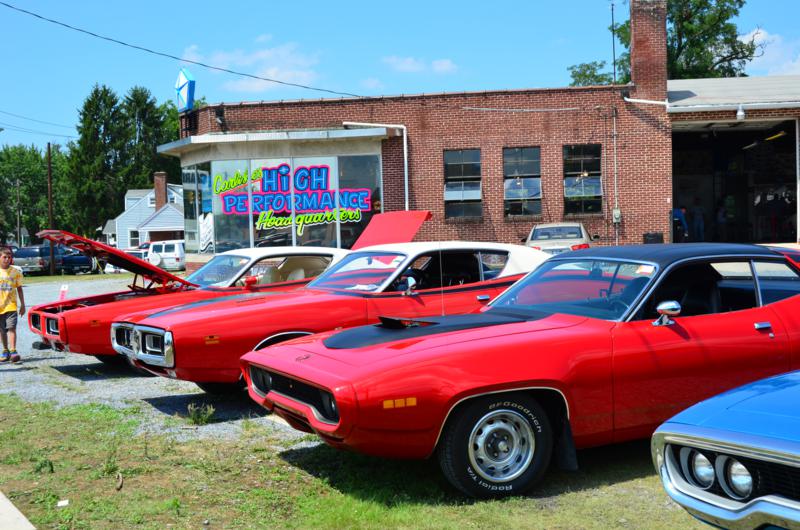 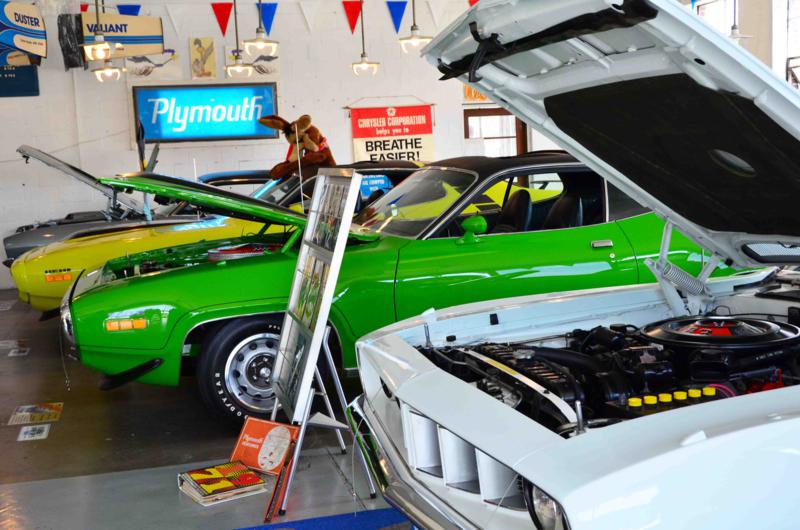 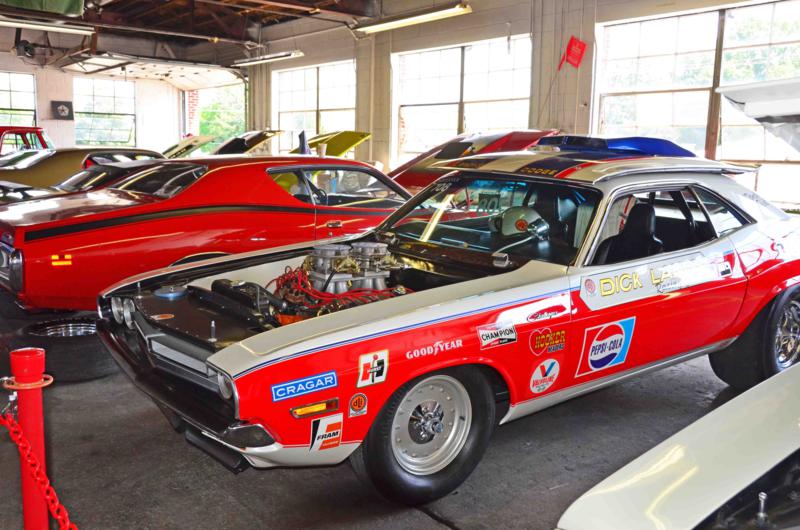 Cars on display inside and out of the Beeney Motors retro dealership this year decked out in 1971 trim. We took a few out for test rides until we were arrested. 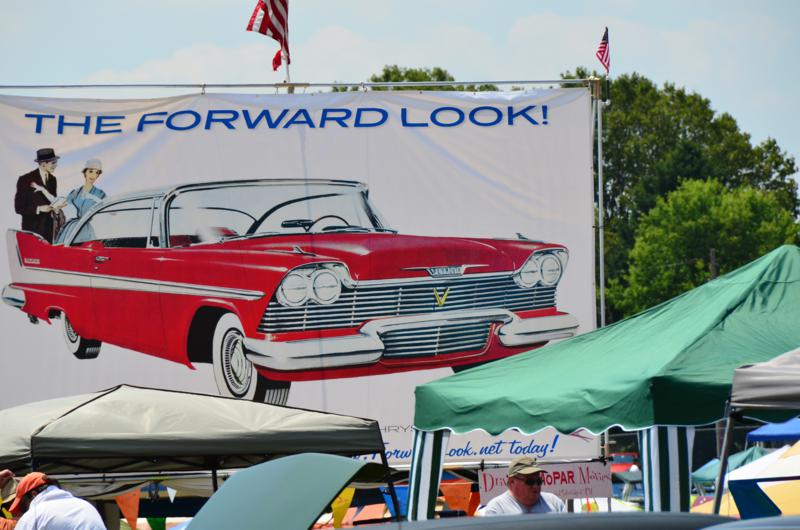 Carlisle always attracts Mopar clubs of varying sorts. The Forward Look club scored a Gold for having the largest banner. But watch out for these guys when theyre backing up cuz their not looking where theyre going (they only look forward). 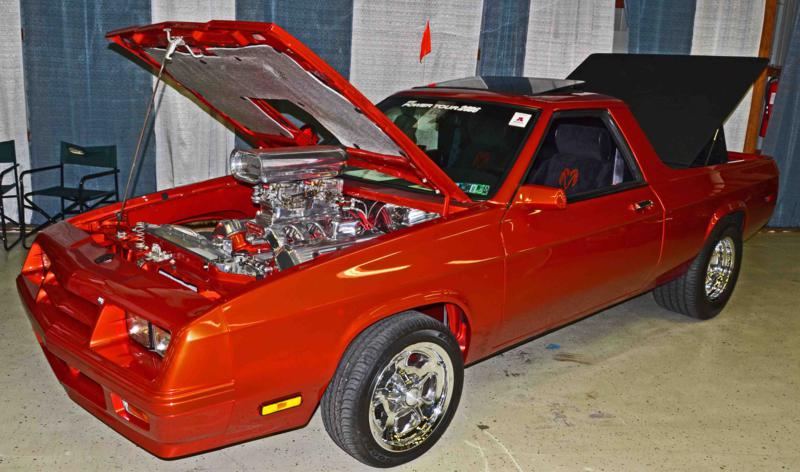 Sue and Carmen Timontes 84 Rampage has been converted to RWD and is powered by a worked 54 331-inch Hemi among many other mods. The truck was a 3-year project. 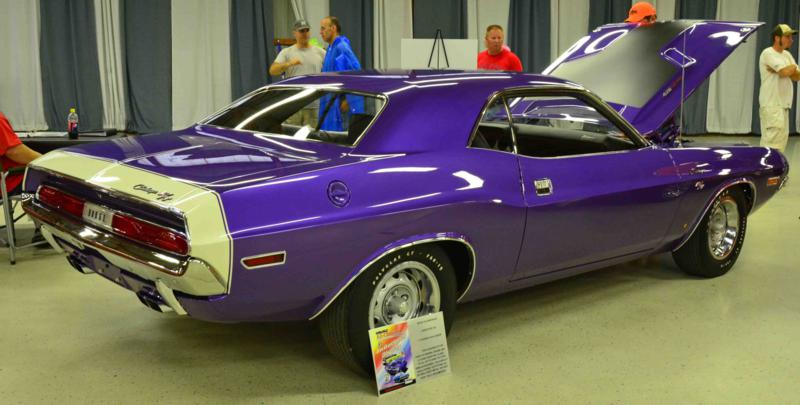 Bruce Ellenbergers pristine original 70 Hemi Challenger R/T has been in every Mopar magazine but oursuntil now. The 42K-mile car came with all the factory paperwork and owners history. 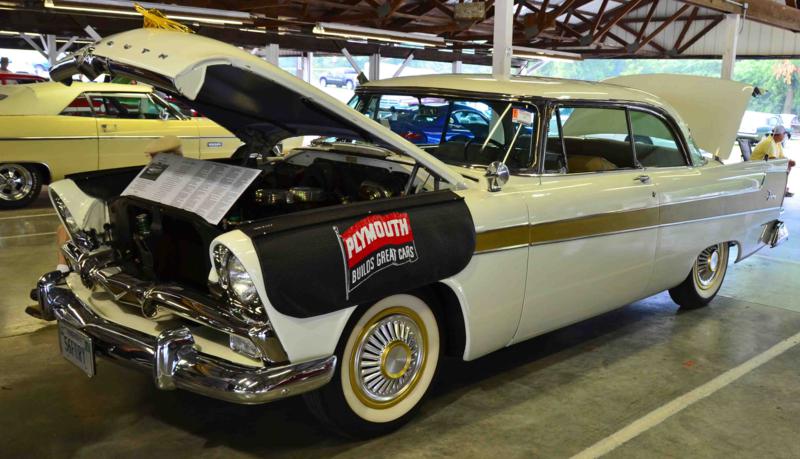 And finally, Mopar Action goes out on a limb to predict the next big thingdrive yourself to your own funeral! But we gotta admit the timing is very critical. Arrive too early and the gravesite crowd is gonna get bored and leave before your croak. Arrive too late, and you know.